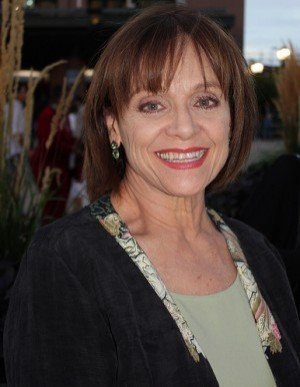 Valerie Harper will appear on The Doctors on March 11.

Valerie Harper is shining a light on brain cancer as she goes through her own diagnosis and news of her three to six month life time expectancy. The Emmy award winning actress is set to appear on The Doctors show on March 11.

The media has been reporting Valerie Harper’s terminal brain cancer diagnosis for the past week, featuring video footage from her friends and former cast mates sending their condolences. The 73-year-old actress most known for her roles on The Mary Tyler Moore Show and its spinoff, Rhoda.

As the rest of the world mourns her, while she’s still alive, Valerie Harper plans to stay optimistic while spending this time with her family. Dr Travis Stock, of The Doctors show, will be addressing Leptomeningeal Carcinomatosis and why it is untreatable when Valarie Harper appears on the show.

Her sit down with husband, Tony Cacciotti, and Mary Tyler Moore co-stars, Ed Asner and Cloris Leachman is set to appear on Monday.

Valerie Harper survived lung cancer in 2009, while in Broadway show “Looped” (which she didn’t reveal until recently). That may have something to do with why her husband initially decided to hide the recent diagnosis from her. In her first on-camera interview since going public with her diagnosis, Valerie Harper reveals on the show that he waited to tell her because he was “bereft”, according to hollywoodreporter.com.

The diagnosis was given to Valerie Harper on January 15. Leptomeningeal Carcinomatosis is a rare and incurable form of cancer in which cancer cells spread into the membrane. A team from the Los Angeles’ Cedars-Sinai Medical Center is said to be treating Valerie Harper’s brain cancer.

An outpour of love and support from the likes of Larry King, Hoda Kotb, and Wendy Williams has been sent via Twitter, according to latimes.com. Valerie Harper appeared on Good Morning America days before receiving the diagnosis. During that interview she described symptoms of the diagnosis she was still waiting for. She appeared on the show to promote her memoir, “I, Rhoda”.

“I don’t think of dying,” Valerie Harper told People, “I think of being here now.”