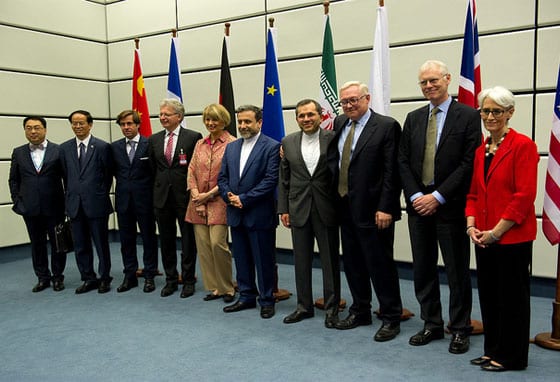 IRAN comes closer to proceeding with their nuclear program after striking a deal with the US government, limiting their ability to enrich uranium. On Thursday, September 10 2015, the Senate voted to reject a Republican backed measure to debunk President Barack Obama’s Iran nuclear deal. Senate Democrats blocked efforts that would continue the debate and would drag out a battle with the GOP controlled Congress. The opponents of the deal fell two votes short of the 60 needed, securing an important win for President Obama who called this vote a victory for diplomacy and national security.

This means that the President will not be forced to veto the bill and the landmark Iran nuclear deal will stand. The Republicans claim that the agreement is a threat to national security and are actively pursuing a revote on the measure next week. CNN reports that “after the Senate vote Thursday, the House passed a resolution on a straight party vote, stating that the President failed to comply with the law on the Iran nuclear deal, because he didn’t provide Congress with details on so-called ‘side deals’ governing inspections of possible nuclear sites,” stated Ted Barrett, Manu Raju, Deirdre Walsh and Tom LoBianco. However, these sites between Tehran and the U.N.’s International Atomic Energy Agency are traditionally kept secret.

Significant congressional support has secured the implementation of the Iran agreement; however, the House ensured that their voting framework on the nuclear deal would set up a potential lawsuit. The measure was approved 245-186 and could possibly provide the foundation for a future legal battle against the Obama administration. Despite this, the House action cannot stop the Iran agreement, because of the Senate votes blocking the Republican efforts to dismantle the deal.

The House votes may not be able to prevent the Obama administration from starting to implement the Iran nuclear deal later this month. Republicans however successfully sent a powerful political message of disapproval by showing that the majority of the chamber was not in support of the agreement. Many of the House representatives contend that the Iran nuclear deal is a threat to national security and to the future state of Israel.

Israeli Prime Minister Benjamin Netanyahu is also opposed to the Iran nuclear deal and appeared before Congress in March to lobby against it. Netanyahu has serious concerns about this deal. “The world is a much more dangerous place today than it was yesterday,” says Netanyahu according to CNN reports. His continuous efforts to derail Iran’s nuclear program is confronted with a major obstacle in light of the Senate votes to approve the Iran nuclear deal. “The votes come at the same time that the White House announced a visit from Israeli Prime Minister Benjamin Netanyahu is in the works,” stated Deirdre Walsh.

The Iran nuclear deal involved six world powers known as the P5+1 who have joined together since 2006 to address diplomatic efforts with Iran in regard to their nuclear program. These world powers include the United States, United Kingdom, France, China, Russia, and Germany. The deal ensures that Iran cuts its uranium stockpiles, centrifuges, and limits uranium enrichment in exchange for the lifting of sanctions against the Islamic Republic. The agreement allows the International Atomic Energy Agency to access facilities in Iran for verifications.

During Obama’s presidential campaign in 2008, he expressed open communications within his foreign policy without preconditions. Those efforts have improved relations with Cuba and now, a nuclear agreement with Iran. These political maneuvers are two key components of President Obama’s foreign policy legacy. Many believe that his efforts have strongly secured peace in Iran and the Middle East, while others argue that the Iran nuclear deal is a direct threat to national security and the future state of Israel.

You will also like: Ayatollah Khamenei endorses Iran Deal

Previous ArticleCome Flashy, Flamboyant and talk trash and Back it upNext Article4 Photo Editing Apps That Every Instagram Lover Should Have