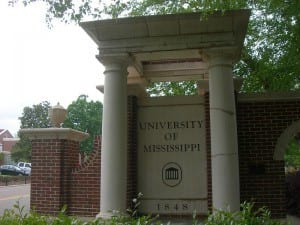 The University of Mississippi Medical Center recently stumbled upon a chilling find, when 1,000 buried bodies and as many as 2,000 unmarked graves were discovered on campus.

The school began uncovering the bodies approximately a year-and-a-half ago while attempting to build a new parking garage east of its dental school.

The remains, estimated to be 100 years old, are most likely former patients of the Mississippi State Lunatic Asylum, which was once situated on University grounds.

Dean of the medical school, Dr. James Keeton, told the Clarion-Ledger that none of the bodies have names.

Medical Center officials hoped to utilize property west of the University of Mississippi’s dental school for future development. But Keeton said the site may contain additional bodies of Civil War and tuberculosis victims as well as former slaves.

The Mississippi State Lunatic Asylum first opened in 1855 with 150 patients. After the Civil War, it expanded to hold 300 individuals, and the surrounding area became known as Asylum Hill, with houses, a school and church for former slaves.

In 1935, the asylum moved to its present location in Whitfield, Miss. and is now known as the Mississippi State Hospital.

Despite the novelty of such a discovery, this is not the first time for the school. In 1990, about 20 headstones were reportedly discarded just behind University property. And workers uncovered 44 unmarked graves a few years later.

While the University considered reburials for all of the bodies, it will not be able to afford the $3 million total cost to do so.