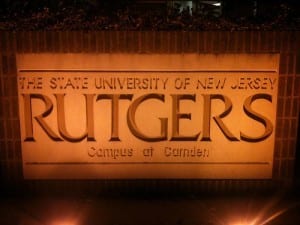 Tyler Clementi committed suicide in September of 2010 and now the Rutgers University student who recorded the young man in a romantic situation with another male student has been sentenced for his role in the death. Dharun Ravi has been sentenced to 30 days in jail by New Jersey Judge Glen Berman, who remarked, “I do not believe [Ravi] hated Tyler Clementi. He had no reason to, but I do believe he acted out of colossal insensitivity.”

The Tyler Clementi case began in the fall of 2010, when Ravi and Clementi were designated as roommates in their first year at Rutgers, New Jersey’s most regarded public university. By all accounts, the two seldom spoke and Ravi had expressed dislike of his roommate’s homosexual sexual orientation to friends. In September of that year, Tyler Clementi asked to be left alone in the room. Ravi, at that point, told his Twitter followers how they could view a webcam he had set up to spy on Tyler Clementi and his male guest, identified only as M.B. in court proceedings.

The young man’s suicide instantly touched a nerve with people across our nation, including President Barack Obama and talk show host Ellen DeGeneres, but especially among gay-rights and anti-bullying activists. The case represented an example of the challenges that young people, young gays and lesbians in particular, face every day in our nation.

The strategy for Ravi’s defense team was to assert that Ravi did not hate Tyler Clementi because of his sexual orientation. Sabitha Ravi, mother of Dharun Ravi, said her son “doesn’t have any hatred in his heart toward anybody.”

The mother of Tyler Clementi tearfully disagreed, asking the judge, “Why was he so arrogant, mean-spirited and evil?” The family of Tyler Clementi did not comment after the sentencing but they have remarked that they see similarities between what happened to their son and the 2001 murder of University of Wyoming student Matthew Shepard. The 2009 Congressional legislation enacted to cover crimes motivated by bias against gays, lesbians and transgender people is known as the Matthew Shepard Act.

The Middlesex County prosecutor’s office has announced it plans to appeal the sentence.

Ravi’s defense team is likely to appeal the conviction. Steven Altman, Ravi’s lawyer, claims that his client was “demonized by the gay community.”

When asked why he did not offer an apology during the reading of verdicts or sentencing, Ravi responded that he did not apologize because public apologies from politicians often sound insincere and false to him and he worried his apology “would sound rehearsed and empty.”

Judge Berman’s words ring loudly, “I heard this jury say guilty 288 times . . . and I haven’t heard you apologize once.”

With this sentencing, closure may be at last granted to the family of Tyler Clementi; however, the controversies over current hate crime laws continue to rage.