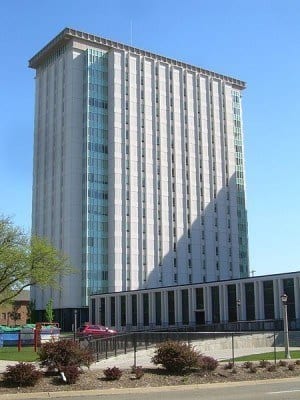 Coroner Beth Kimmerling stated that both students were found in their dorm rooms by their roommates. When officials arrived, the coroners stated, “no signs of life were found.”

“Other than the fact that both individuals were found by their respective roommates, these two young peoples’ deaths are apparently unrelated,” Coroner Kimmerling said. “There are no signs of foul play or third-party involvement. The deaths were not of violent nature.”

“It is often difficult to understand and sometimes impossible to explain lives lost at such an early age,” university President Al Bowman said in a campus email this afternoon. “Sometimes, the best we can do is to share our grief and offer comfort to each other.”

Both students are from the Chicagoland area with Zac having been from Hoffman Estates and Stephens from Wilmette.

“It’s really shocking,” said Eladasar, a freshman. “I’ve seen people in tears and everyone’s just been really down. I just feel so bad for his roommates. Having to come back to something like that would be horrible.”

Zak was a languages, literates and cultures major, and Stephens was majoring in computers.