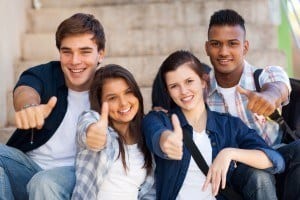 Campus sexual assault must be eliminated! Each of us, along with effective school policies, can play a role in creating a safe and supportive campus community.

Let’s face it – sexual assault is a big problem on campuses nationwide. It’s not just about statistics and numbers—it’s about real people who may be profoundly hurt for the rest of their lives after being sexually assaulted or accused of assaulting.  Too many schools have responded to accusations of assault with indifference or ineffective disciplinary actions, creating further suffering for the victim and perpetrator. Help ensure that this situation doesn’t happen on your campus.

Consent – A Key to Student Safety:

To be safer and smart, every student should know the meaning of sexual consent. The campus mantra: NO means NO is now being replaced by a new form of affirmative action: YES means YES.  Colleges across the country are following California’s lead in modeling their policies. Sexual consent means agreeing that both people want to have sex.  Consent to have sex requires that both parties are: conscious, free to act, and can communicate their intent.  Communication requires listening and speaking.  Assumptions are no longer acceptable.  Silence does not necessarily mean ‘yes’.  Having had sex before doesn’t mean that it’s okay this time.  A lack of physical resistance does not mean consent. And at any moment, someone has the right to change his/her mind, and that decision must be respected.  Professor Susan Sered, a sex assault expert, noted that this policy shifts women from victims “to women as agents who have the positive right to engage or refrain from engaging in sexual relations when and with whom and under circumstances of their choosing.”

Sexual assault can happen anywhere. And bystanders can make a big difference. You could be at a wild party with friends or in a small group chilling out, when signs of sexual assault occur. Each of us has a duty to stand up in a way that intervenes and stops sexual assault.  It could be as simple as distracting a couple as they walk towards a bedroom.  For men, this is especially important advice.  Alan Berkowitz, noted psychologist and male sexuality expert says “Bystander intervention is an important element in eliminating sexual assault, and men have an important role to play. Research shows that men respect other men who intervene in sexual assault.”

Time For Colleges To Take Action

Schools around the country are under scrutiny. Federal authorities are investigating over 86 colleges and universities for poor records on dealing with sexual assault. But, some schools are leading the way with important efforts on sexual assault. These include: Workshops on healthy relationships and positive bystander intervention; Hot lines to report incidents; Dorm programs to encourage positive norms and healthy sexuality; Social marketing campaigns to speak against sexual violence;  “Hot-spot” mapping to ID and monitor unsafe areas on campus; Student involvement in strengthening and enforcing assault policies; and, Community efforts to reduce excessive alcohol use.

TURN It Around! Make It Happen

For a campus free of sexual assault, get involved.

·      Know your campus policies and make sure that they work.

·      Don’t be a passive bystander: speak up when you see a student being harassed or threatened.

·      The campus assault crisis is real: it’s personal and political.

The SmartSex app is a student’s confidential sex advisor. The free app covers the world of sex, with lots of current information, including pleasure techniques, relationships, and sexual health, including info on STDs and pregnancy. It also has fun features like sex IQ games, the latest sex news, and a weekly poll question. The SmartSex app was created by experts in sex education and is available free at iTunes.