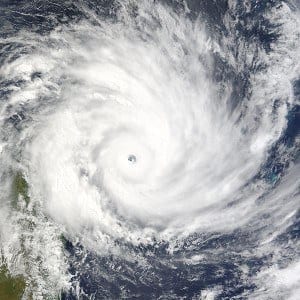 Tropical Storm Debby has brought Florida heavy rains, causing flooding and power outages to thousands of businesses and homes as it made its way through the state on Monday. Now, the state is trying to make sense of the destruction.

The governor declared a statewide emergency in response to Tropical Storm Debby, and a tropical storm warning was in effect for most of Florida’s Gulf coast.

At least one person was reportedly killed by a tornado in Florida, and one woman was also reportedly dead.

Crews in Alabama are also searching for a man who disappeared during a rough surf on Sunday.

Now, residents of the state are trying to cope with the effects of Debby. Shelters were opened in some areas, providing those with destroyed homes an opportunity for safety.

Forecasters at one point thought Debby would head west towards Texas, but due to the unpredictability of tropical storms, their original assumptions were incorrect.

“There are always going to be errors in making predictions. There is never going to be a perfect forecast,” Chris Landsea, a meteorologist at the National Hurricane Center, said in regards to Tropical Storm Debby.