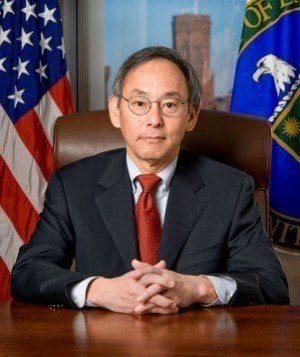 Steven Chu, U.S. Energy Secretary, announced today that he will be leaving his post, stating he would stay on until past the end of the month in order to help the department find a replacement.

Chu is praised for bringing science back into politics. Prior to Chu, the Energy Department focused on maintaining the nation’s nuclear-weapons arsenal, according to the Washington Post. Chu used the 2009 stimulus bill, which gave the department $39 billion for grants and loans, to start a clean-energy projects.

Most of these projects are still going strong, including programs focused on solar and wind power, home-weatherization and battery manufacturing. The department gave 33 companies support and only three declared bankruptcy. One of these companies was Solyndra, which Chu received much criticism for investing in from the right.

Since Chu signed on, the nation began using cheaper natural gas instead of coal, cutting down carbon emissions to their lowest level since 1994. Also, electricity from wind and solar sources has doubled and became cheaper.

In his farewell message to Department of Energy employees, Chu noted, “Ultimately, we have a moral responsibility to the most innocent victims of adverse climate change. Those who will suffer the most are the people who are the most innocent: the world’s poorest citizens and those yet to be born. There is an ancient Native American saying: ‘We do not inherit the land from our ancestors, we borrow it from our children.’ A few short decades later, we don’t want our children to ask, ‘What were our parents thinking? Didn’t they care about us?’”