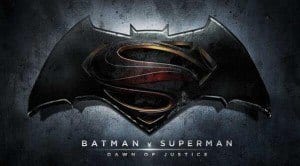 Because justice is best served with breakfast!

The Batman/Superman movie that we have all been talking about for the past year and will continue to do so until the end of time has an official title: Batman v. Superman: Dawn of Justice. Directed by Zack Snyder, the film is set to be released in 2016 and drive us insane in the meantime. Since the internet is limitless, let’s fill up some webpages with speculation about that title, shall we?

Dawn of Justice is a title that Snyder probably invested a lot of energy and resources into. No doubt Snyder solicited the advice of his most trusted counsel of ten-year-olds for such a title. I’m picturing a recreation of the Tokyo-Krypton council chamber from Man of Steel, with Snyder sitting atop the thrown, equipped with the required chandelier headdress. On the far wall of the room is a white board with feverish little tots fueled by Mountain Dew writing synonyms and antonyms for words like “vengeance,” “darkness” and “anonyms.” Its zero hour and Warner Bros. is demanding a title from the think-tank of youngsters. Upon finishing his final twinky, wee Jimmy McAlister comes up with the title that we neither deserve nor need right now: “Batman v. Superman: The Dawn of Justice.” Lex Luthor himself, Jesse Eisenberg walks in with Justin Timberlake to declare “Drop the ‘the.’ Just Dawn of Justice.”

So we know the title, but do we REALLY know the title? Batman v. Superman: Dawn of Justice – are we so sure that the “v” stands for “versus?” At one point V stood for Vendetta, you may recall. Is it possible that DC and Warner Bros. are going to shoehorn V for Vendetta into this film alongside Wonder Woman and Cyborg? After all, this isn’t the first time that Snyder has tackled an Alan Moore character. I think we are too focused on the looming Justice League movie. Perhaps Snyder is using Dawn of Justice not only as a Launchpad for the Justice League but for a modern-day Watchmen follow up and maybe even a rebooted Swamp Thing feature film. A movie where Batman and Superman team up with a dystopian anarchist, a shiny naked blue man and a walking pile of moss practically writes itself after all.

A lot of people don’t think that Christopher Nolan’s Dark Knight Trilogy will have anything to do with Ben Affleck’s Batman, but look at it this way: Dawn of Justice – Harvey Dent once told us that it “the night is darkest just before the dawn. But I promise you, the dawn is coming.” Two-Face was right y’all! Snyder is such a visionary that he can incorporate continuity from Nolan’s world without explanation. As evidenced by the Michael Jackson and 2-Pac holograms, anything is possible, so maybe we’ll get to dig up Heath Ledger and put him back in the Joker’s head after all!

I gotta say, Batman v. Superman: Dawn of Justice is an impressive beast you guys. Zack Snyder is a movie magician, building the most captivating super hero hype machine that we have ever encountered. Just when you’re upset that Ben Affleck is Batman? BOOM! We’ve got Fast & Furious 6 Wonder Woman. Frustrated that Mark Zuckerberg will be playing Superman’s nemesis? BAM! We’ve got Cyborg in the movie too! This type of slight-of-hand mass marketing is exactly what it will take to top Marvel’s growing number of superhero franchise movies. I can’t wait till Channing Tatum says he wants to play Robin.