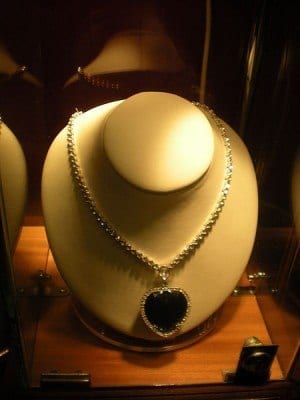 Titanic is being re-released in 3D today to commemorate the centennial of the Titanic setting sail as well as the film’s 15th anniversary.

Canadian director James Cameron spent $18 million to bring 3D to the 1997 blockbuster in a conversion process he hopes will make the film look as if it were shot in 3D.

“There’s a whole generation that’s never seen Titanic as it was meant to be seen, on the big screen,” Cameron said. “And this will be Titanic as you’ve never seen it before, digitally remastered at 4K and painstakingly converted to 3D. With the emotional power intact and the images more powerful than ever, this will be an epic experience for fans and newcomers alike.”

Titanic is the highest-grossing film ever to win Best Picture Academy Award, and the second highest grossing movie of all time, coming in behind Cameron’s Avatar. The movie was nominated for a record 11 Oscars. It was a hugely influential film that sent stars Leonardo DiCaprio and Kate Winslet rocketing to stardom.

Director James Cameron did make one technical change to the film – but even diehard Titanic fans won’t notice.

It’s the scene where Rose is resting on a piece of driftwood at sea, with a shot of the night sky in the background.  “Neil deGrasse Tyson sent me quite a snarky email saying that, at that time of year, in that position in the Atlantic in 1912, when Rose is lying on the piece of driftwood and staring up at the stars, that is not the star field she would have seen.

“We know everything about where and when that ship sink,” Tyson said via the discussion posted on YouTube. “[Winslet] is looking up and there is only one sky she should have been looking at. The left side of the sky was a mirror of the right side of the sky. It wasn’t only wrong, it was lazy.”