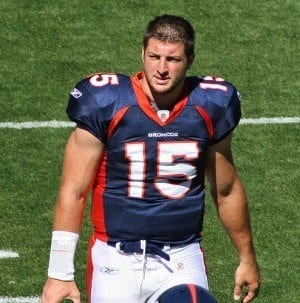 After the New England vs. Denver game, Tebow was injured but will be okay for offseason program.

Tim Tebow is going to need plenty of rest during the offseason.

The good news is that he will not need surgery and is expected to make a full recovery before his offseason training program.

After getting hurt during a third quarter tackle, Tebow reportedly had trouble sleeping because of the pain and got an MRI on Monday.

The team spokesman did not speak on the specifics of the injuries due to team policy, but claimed that Tebow finished the game in severe pain.

After the game, Tebow said “It’s just the physicality of playing football. Sometimes you get hit and it can hurt a little bit. But, I wanted to play a lot of the game.”

Tebow lead the team to 8-5, after replacing Kyle Orton. He managed a six-game winning streak and brought the Broncos to their first playoff in six seasons.