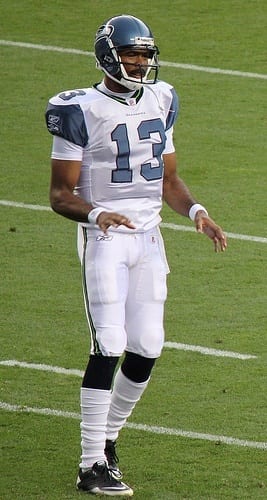 The Seahawks went into detail to explain the changes of their new uniforms. The “broad chest graphic outlining the shoulders echoes the stance of a Thunderbird totem.” “Feather-pattern graphic on helmet, in numbers and on pants represents natural elements of the Pacific Northwest, again inspired by the coastal Indian art,” and the “Nike uniform is 20% lighter, 50% stringer and provides more of a shrink-wrap fit that previous models.”

The Seattle Seahawks new uniforms have sparked discussion, but Seahawks receiver Doug Baldwin took to his Twitter to put perspective on the conversation, “Whether you like the new uniforms or not, the game doesn’t change. I’d rather have a winning record in sweatpants than a losing one in silk.”

Check out the Seattle Seahawks new uniforms on Nike’s website!