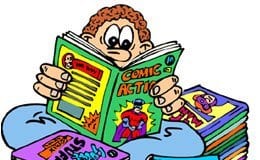 SHIELD is most definitely up

Originally cloaked in mystery and solicited under strange pretenses, the details behind Jonathan Hickman’s latest title, SHIELD, have become more and more apparent. Instead of spotlighting the Marvel Universe’s favorite acronym branded agency, SHIELD opens the shudder and pulls the focus back to an astounding extent. Starting in Ancient Egypt with an alien invasion, moving to the Renaissance and Leonardo Da Vinci and finally coming to rest in 1950’s Italy, SHIELD’s scope is quite ambitious. Telling the tale of an ancient brotherhood of protectors slowly guiding and protecting humankind’s destiny through the eyes of Leonid, a young man with possible familial connection to said secret society, is a project few writers could ostensibly handle with efficacy. However, Hickman is a rare breed. The writer is known for his high concept romps and poignant storytelling abilities. Hickman is, more or less, a homegrown response to the influx of British writers moving in to American comics. He brings literary sensibilities to an often disparaged art form and reinvigorates the medium with a refreshing, distinct authorial voice.

What truly shines in SHIELD is the extent and depths the title plunges in to within the first few panels. The breadth of the series is marvelous to say the least. While only three issues old, this young book has already leaped ahead of similar spring debuts. Featuring an engaging hook and a promise to detail the secret history of mankind’s protectors, SHIELD is very much in a league of its own. While Hickman begins spinning a multitude of plates right off the bat, hopefully offering up a few answers before spreading himself too thin down the road, he’s able to keep the reader only a step behind rather than leagues. Part of this comes from Hickman grounding his narrative through the eyes of Leonid. While Leonid, so far, is a somewhat ill-defined protagonist his wide eyed amazement mirrors what most readers encounter within the first few pages.

High concepts dominate in SHIELD. Casting historical luminaries, such as Imhotep, Da Vinci and Zhang Heng, as forerunners of modern superheroes, Hickman opens up worlds of possibilities. Galileo versus Galactus? Yes please. Immensely imaginative and wonderfully rendered, by artist Dustin Weaver, this series satisfies mentally and emotionally. As mentioned before, SHIELD is only three issues in. This, at first, may sound like a piece of cake to catch up on the unforeseen popularity of this title has caught the publisher unawares. The first issue sold out quickly with the second no too far behind. Never fear, however. Marvel was kind enough to authorize a number of reprints, meaning SHIELD should be available for consumption at your neighborhood comic shop. For an intellectual head-trip nab SHIELD.