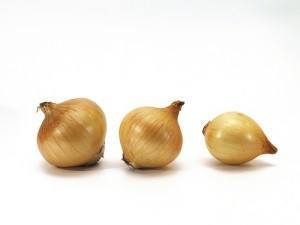 The Onion says sorry. But the writer responsible for the tweet remains silent.

The Onion isn’t sorry. And until the writer who is responsible for calling nine-year-old Quvenzhané Wallis a cunt gives his (or her) own personal apology to the young actress, the entire staff needs to be held accountable.

I’d like to speak for the black female demographic when I say that word was very painful to read and was directed towards us all. Calling a defenseless black female child out of her beautiful name is something to be angry about and it is never a laughing matter.

I have so many questions for the person who thought it was okay to call a child a cunt.

For a satire magazine that goes against conventionalism and pretends to not care about what others think, they clearly tried to lighten the blow by asking followers to agree with them, “right?”

Their poor rationalization of what every one else is thinking (“Every one else seems afraid to say it, but…”) didn’t work either. Who is everyone? I’m sure it’s not the black girls who’ve been sexually abused and called equally degrading names during the act. I’m also sure it’s not the black women who are still afraid to tell their own mothers, let alone law enforcement, about their childhood sexual abuse due to victim shaming.

I’m taking a wild guess here, but it’s probably not the black girls who are or have been victims of child prostitution either. Hell, it’s not even the black actresses who can’t get past being typecast as drug abusers, adult entertainers and mammys.

The “everyone” is The Onion, and only the onion- an office that probably consists of writers who know nothing about being black or female and fears the potential of a young black girl who isn’t afraid to correct the mispronunciation of her name.

Women and children of color are sexualized enough without the help of the media.

“You deserve better,” was the best part of Steve Hannah’s apology and the only part worthy of reading. Quvenzhané Wallis deserved to enjoy her night as an Oscar nominee and to be remembered for her graceful smile, muscle flexing and puppy purse. She did not deserve to have her big night ruined. She did not deserve to be remembered (or introduced) as being the girl The Onion called a cunt.

Revision: “Everyone else seems afraid to say it, but The Onion is kind of a chauvinistic misogynist publication that verbally abuses children who lack the vocabulary and media outlet to defend themselves, right? #Oscars2013”