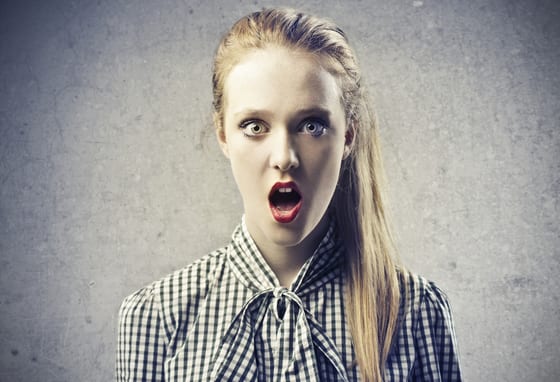 No matter what you know and don’t know about college, there are a few things that are a guarantee. You will never be ready for pop quizzes, you’ll always choose partying over studying and you’ll have to live with a roommate at some point.

When it comes to roommates there are a few guarantees as well. You’ll love them or hate them (probably both at the same time) and you’ll share almost all of your college experiences with them.

Roommates are actually one of the best things about college, but even so, there are some things you wouldn’t want to share under any circumstances – your toothbrush for example. “Wait a minute, I’d never share my toothbrush with anybody” you might say and you’d be wrong. The truth is most of us share our toothbrushes in a very undesirable way.

A study at the University of Manchester found more than 10 million bacteria living on the average toothbrush. What is more, a more recent study at the Quinnipiac University in Connecticut found there is a 60 percent chance your toothbrush is covered in poop. Even more concerning, the study found people who share a bathroom had around an 80 percent chance that the poop on their toothbrush belonged to another person. This is a whole lot of bacteria, viruses and parasites from other people that you don’t want on your toothbrush.

“Grossed out” probably isn’t enough to describe how you feel right now.

Don’t worry though, because there is a solution other than to stop brushing your teeth altogether. You see, not all toothbrushes are created equal. Take Nano-b for example, it’s the brainchild of advanced nano-science and nature’s power. In short, Nano-b is an antibacterial toothbrush, created to protect your teeth and your health from all sorts of trouble (including those mentioned above). The magic is in the bristles! Each of Nano-b’s bristles is coated with either silver, gold, or bamboo charcoal nano-particles. Why, because silver and gold do one thing best – kill bacteria that get on your toothbrush. You see, when bacteria get on a normal toothbrush, it thrives and happily multiplies, but when it gets on a Nano-b the gold and silver particles kill it, so you get to brush with a clean and safe toothbrush every time. What’s more, each Nano-b comes in its own storage and travel case, so you have one more layer of protection from bathroom nastiness and also a handy travel accessory.

What about bamboo charcoal? It’s one of the best natural absorbing elements. Or in plain English – it is pretty good at removing all sorts of stains and toxins from your teeth. It’s pretty much the ultimate teeth whitening element. The best part, it’s 100% safe, so you don’t have to worry about expensive and shady whitening chemicals. You just have to keep brushing your teeth as you normally do.

“Phew, I can brush my teeth again”, if that’s what you’re thinking right now, Nano-b has a few more pleasant surprises in stock. Are you struggling with bleeding gums or sensitive teeth? Nano-b has an answer for that as well. Its bristles have rounded edges, so they are very gentle to the gums. If you have problems with bleeding gums, give Nano-b a try for a few weeks and see for yourself.

Normally a Nano-b toothbrush costs around $12 (or less than $8 if you buy the biggest pack), but because we know college students’ budgets are tight and we don’t want you to spend all your rent money on toothbrushes, we managed to get you a 20% discount on all Nano-b toothbrushes until the end of 2015. Just use promo code “CN20” on the website www.nano-b.com.