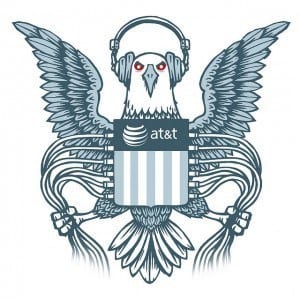 Leaked order requires Verizon to turn over all metadata on customers

The National Security Agency (NSA) wants to know who you’re calling, when, where and for how long. They don’t care if it’s just a 30-second call from the grocery store to check that you’re getting the right type of bread for your mom. They want to know it all.

And now it’s clear that they do.

An order granted by the Foreign Intelligence Surveillance Court (FISC) was leaked to The Guardian on Wednesday. The alarming order from the NSA required Verizon to turn over all “metadata” records on their customers on an “ongoing, daily basis.” The order was granted on April 25 and ends on July 19, unless it’s renewed.

It’s disconcerting to realize that all my phone calls for the past couple months are being put into some government database. I’m probably not the only one who has a problem with this.

It’s not because I have something to hide. I’m not secretly a terrorist. That’s what the government is looking for with this dragnet search. Verizon probably isn’t the only provider that has received an order like this. The NSA is supposed to search for terrorists and gathering calling data is one way to do it.

But that does not make their acquiring of my call data okay. That is a clear violation of my Fourth Amendment rights. The police need to have probable cause to get a warrant for my phone records. The NSA should not be allowed to ignore the Constitution.

You can argue “national security” bullshit all day. I guarantee that you’d have a problem if you found out your local police department was checking your phone records without your knowledge. Why should the NSA be any different?

What’s worse is that the NSA is trying to cover up their blatantly illegal activity with the Patriot Act. Everything the FISC does is protected under national security laws. The Department of Justice has even refused to release decisions made by the court that are requested through the Freedom of Information Act (FOIA). If that doesn’t raise a red flag, than what will?

Legal activities should not be conducted in secret. If there’s nothing wrong with what the NSA is doing with Verizon, why did the documents have to be leaked to a British paper? Why keep the American public in the dark about being constantly under surveillance?

It’s not like I’m naïve or anything. I know that the government watches what we do. I just assumed that it was at an acceptable level of observation. Like background checks, and international travel. I didn’t expect them to be interested in my calls to my mom from school. There is no reason for them to know how long I talked to my mom for.

Sure, they aren’t being given details of what my conversations are. You can try to use that for justification for the NSA’s actions. But that’s where they’re headed. Even five years ago, there would be outrage if the government was watching the public’s phone calls. Now we almost see it as a way of life.

This has to stop now. The NSA needs to be held accountable. They are not above the law. “National security” is not an excuse to carry on secret illegal activities. FISC should be upholding the Constitution as a judicial body. And it all needs to be public record. This is our government. We need to know what it is doing.