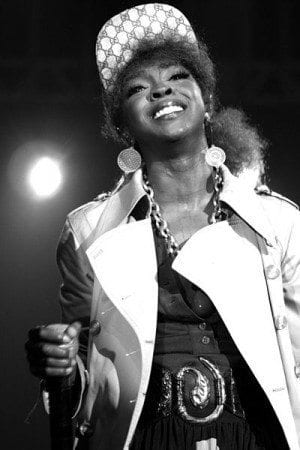 Hill owes over $1 million to the IRS

Former Fugees singer, Lauryn Hill, is in some trouble with the .

On Thursday, Hill was charged with “failing to file federal income tax returns for three years during, which she earned more than $1.8 million” according to Reuters. Her source of income at this time came from film royalties and some recordings

The star has failed to file her taxes with the between the years of 2005-2007. According to the Department of Justice, the maximum penalty Hill could be slapped with a $100,000 fine and face up to a year in prison. Court records do not state whether Hill was “financially distressed.”

Lauryn Hill was a former band member of the Fugees. After the Fugees, Hill began her solo career and was made-known for her critically acclaimed solo album “The Miseducation of Lauryn Hill.” The album sold about 10 million copies, as well as winning five Grammies.

This isn’t the singer’s first run in with the law. Hill settled a suit back in 2001 after a few Newark musicians accused her of cheating them out of production credit, according to NewJersey.com. The amount was undisclosed.

South, N.J. is where Hill resides. Hill is scheduled to appear in court on June 29 before U.S. Magistrate Judge Michael Shipp in Newark.