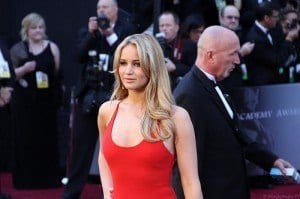 The Hunger Games was greeted by thousands who waited in line to see a midnight showing of the much anticipated book adaptation.  Though fans of the book were a bit disappointed with the omission of some characters, reviews of The Hunger Games have been mostly positive.

The Hunger Games is about a 16-year-old girl, Katniss Everdeen (Jennifer Lawrence) who is chosen for the annual Hunger Games event in a dystopian future.  The U.S is destroyed by catastrophes and all that remains is Panem, a 12-district federation, whose central city of Capitol is populated by the areas wealthiest.  The 12 districts are home to the impoverished majority.  The Hunger Games were created to remind the poverty-stricken majority what happened when their rebellion attacks were crushed 74 years prior.  The gladiatorial-like televised game that captivates Panem every year takes two teenagers, one boy and one girl, from each district, plops them in the middle of a wilderness, and the only way to win is to be the last one alive.  Katniss is picked from the poorest district, the coal-mining District 12, along with Peeta Mellark (Josh Hutcherson), for whom Katniss starts to have romantic feelings.

Roger Ebert gives a historical explanation to the plot of the film, the Hunger Games “result in a television production that apparently holds the nation spellbound and keeps citizens content,” wrote Ebert. “Mrs. Link, my high school Latin teacher, will be proud that I recall on of her Daily Phrases, ‘panem et circenses,’ which summarized the Roman formula for creating a docile population: Give them bread and circuses. A vision of present-day America is summoned up, its citizenry glutted with fast food and distracted by reality TV.”

The Hunger Games runs about two-and-a-half hours long and some critics are saying that a lot of fat could have been trimmed to make the movie more compact.  However, the much anticipated movie is said to create a whole new following for The Hunger Games books, which are set to also be adapted into movies in the future.

Hollywood is always searching for the next book series to put on screen and the Hunger Games’ main character Katniss is a breath of fresh air after a couple years too many of Bella.  Katniss is a strong and independent female character that is an acceptable role model for the young female audience that has become hooked on this series.