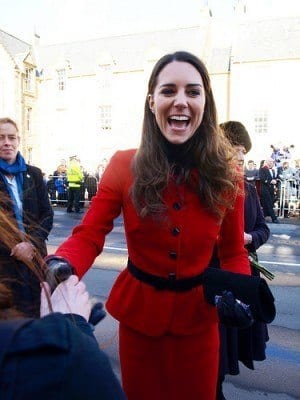 The fake Kate Middleton materialized after Middleton refused to be on the magazine cover. According to Examiner.com the Duchess prefers not to be viewed as a style icon.

On the fake Kate Middleton, the Marie Claire South Africa editor said, “We were so inspired by her fairytale wedding and her life as a modern-day princess, which is why we elected Kate Middleton as our cover star for the August issue but upon closer inspection, the cover is — much like her life — more fantasy than reality.”

Marie Claire South Africa never gained permission from Middleton to use her on its cover. Middleton has been requested for cover shoots by several fashion magazines since her marriage to Prince William, and has thus far never agreed to one.

According to The Inquistr, “so far, it is believed that Anna Wintour, the editor of Vogue, will probably be the first to score the coveted interview,” though last year, Middleton refused Vogue.

Also according to The Inquistr, a royal representative said, “That’s [fashion] not what they are about and they take their royal duties far too seriously to, in one sense, trivialize them.”