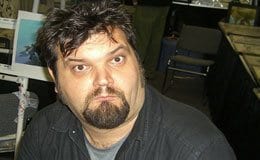 The end comes to everyone

Often overlooked and forgotten, the Silver Surfer is an easily identifiable comic book character. Ensconced head to toe in silver, riding a cosmically powered surfboard, few other fictional beings have such a distinct appearance. Never the less, while widely recognized the number of poignant, popular stories centered on the Silver Surfer is few and far between. Initially revealed as part of Stan Lee and Jack Kirby’s “Galactus Trilogy” arc in Fantastic Four, the Surfer had a visible, if not very commercially viable, presence in Marvel comics. The character, apparently, has failed to inspire and enthrall readers the way that Superman, Batman and Spider-Man have done. Still, given the chance any character can flourish under the right hands. Case in point, J. Michael Straczynski and Esad Ribic’s Silver Surfer: Requiem is a touching and heartfelt yarn focused on a character that many comic book readers often shrug off.

Coming to terms with death is one of life’s greatest challenges. Each individual is destined one day to shuffle on from this mortal coil. A large part of life is grappling with the inevitability of the ultimate end. Imagine now a being of tremendous power and energy having to face his death. Imagine how gripping and heart rending it is to face the end when, to all intents and purposes, one believed the end would never come for them. That is the hook for Silver Surfer: Requiem. The Surfer suddenly discovers a problem. Instead of a galactic despot or world devouring menace, this problem is one mortal humans face often enough. A slight skin discoloration turns into a major skin condition. Before long, that condition, at first so small, has blossomed into a harbinger of totality. The Silver Surfer faces his end and has to confront the fact that his death is imminent. The real drama is how he attempts to understand and live life now that his ticket has been punched.

The Silver Surfer is a being of immense power with a childlike innocence and wonder. Straczynski mines the Surfer’s simplicity of thought and action and juxtaposes it against the complexity of the Marvel comic universe. Embarked on an adventure across Earth and, eventually, the cosmos, the Silver Surfer is hard pressed to understand the whys and wherefores of beings that, thought infinitely weaker and frailer compared to him, understand what it means to be alive. Straczynski has the Surfer encounter a who’s who of characters that aid him on his quest.  As the end approaches and the Silver Surfer, wracked with agony, is brought back to where his life’s journey began, one notices that his tale has come full circle. His inception mirrors his conclusion. Ultimately, the real lesson learned is that life never does end. While the individual may expire there are others, the next generation, who will carry the torch into the future. Meditations on life and death may appear odd in comics; characters are killed and resurrected on a daily basis, but a small, self-contained story like Silver Surfer: Requiem is the perfect venue for philosophical musings. This story has a beginning, middle and end, much like the life of an individual. Art and life once again imitating the other.