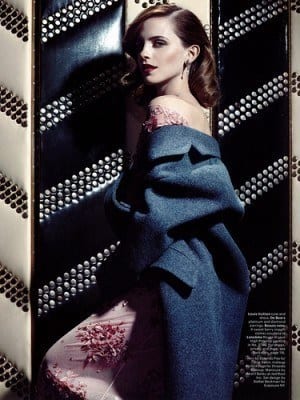 Harry Potter’s Emma Watson took center stage with her fabulous acting in The Bling Ring, which came out June 14 in select theatres, but was released to more theatres this past week. It made $2 million in only 650 theatres, which is an impressive feat given the limited number of theatres that it was shown in.

In fact, compared to Monsters University which made $82 million in 4,004 theatres or Brad Pitt’s World War Z which made $66 million in 3,607 theatres, the income that The Bling Ring made in such a small amount of theatres is eyebrow-raising.

Based off of a true story, The Bling Ring takes a look at a group of teenagers who became famous for their 10-month “shopping spree” of famous celebrities—from Lindsey Lohan to Paris Hilton to Orlando Bloom. During their robberies they collected $3 million in name brand clothing, shoes, handbags, cash and prescription drugs. They were busted in August of 2009 and court cases for the teens began afterwards.

Sofia Coppola, who directed the film, wasn’t sure at first how she could make the audience connect with these ruthless, unapologetic kids. She expressed her anxiety during an interview to philly.com.

“When I first looked at it, I thought, ‘How do I make a movie with such unsympathetic characters?’ Would anyone care about them?” she said.

But after meeting one of the boys, Nick Prugo, who was the shy addition to the rowdy group of heisters, she reconsidered.

“I heard his story and I could see how he wanted to be a part of this group, and I could see that awkwardness that everyone has as a teenager. It was the same thing I felt as a teenager: Kids pretending to be grown-ups, but they don’t know who they are,” she said. “And then they have all of this stuff that they are exposed to, all of this information that I didn’t have when I was a kid. So, yeah, I could feel for them. Especially the boy.”

But her surprisingly touching take to one the members of the teenagers isn’t even the most remarkable part of the movie.

The scenes where Paris Hilton’s closet and home are being robbed by the gang? Those were actually filmed in Paris Hilton’s house. So all of the pillows, posters and other rich details are Hilton’s.

“She was really helpful,” Coppola said of her Hilton. “I don’t know how we came to ask if we could film there, but somehow we did, and she said yes. And she was really cool and open to us. And that was all her stuff – in her bathroom and in her closet.”

Coppola laughs at the thought of all of the fascination about fame and fortune and agrees that people need to get their priorities checked.

“There has to be a reaction at some point, doesn’t there?” she said. “Perhaps my daughters’ generation will have a reaction. Or is it all going to keep growing until it combusts?”

The Bling Ring is certainly an interesting way to look at the obsession. Hopefully the movie will deter its observers from a life pining for things that they don’t really need.