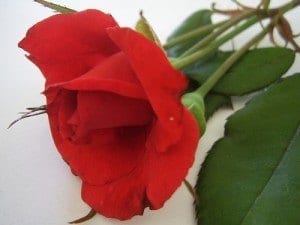 I know I’m not the only one who gets a sour feeling in their stomach after watching the season finale of the show “The Bachelorette.” Desiree’s very sudden change of heart can’t help but make the audience pretty nervous about her future with Chris.

Let’s take a look back on the dramatic situation to try to make some sense out of it.

So first Desiree gets dumped by the man that she supposedly “loved all along.” As Brooks told her that he just didn’t love her the way that he felt he should, she confesses her love for him.

But even after spilling her guts to Brooks about how she truly felt about him, he stuck with his decision to leave and Desiree remained miserable and heart-broken.

Later in a confessional she makes an astonishing comment about the remaining two men, Chris and Drew, in comparison to her lost love Brooks.

“I just can’t love them as much,” she tearfully explained.

But low and behold, a few weeks later, after another painful but short break-up between her and Drew, she decides that she in fact does love Chris and is over Brooks enough to accept Chris’s proposal.

On “The Bachelorette: Behind the Final Rose” show, she tells Chris Harrison, the show’s host, that she didn’t feel pressured to accept Chris’s proposal. But all that I remember hearing throughout the show was how she was going to meet the man she was going to marry and accept his proposal on the show… Sounds a little pressured to me.

My other question, though, is: does she REALLY love Chris as much as, or more than, she loved Brooks?

I personally am surprised that Chris didn’t seem hesitant to propose to her, even after their heart-to-heart during his proposal where she admitted to him her strong feelings for Brooks. He didn’t blink an eye to continue to propose to her even after she told him about how much she cared for Brooks. If it were me, I’d be concerned of the thought that she doesn’t really love me as much as she loved Brooks.

I guess we’ll never know how she truly feels.

Now, don’t get me wrong. I really do wish her the best. I hope she found the love of her life in Chris and gets married to him. But I just can’t seem to shake the thought that she is just using Chris as a rebound from Brooks.

But I suppose, for now at least, it’s “happily ever after.”