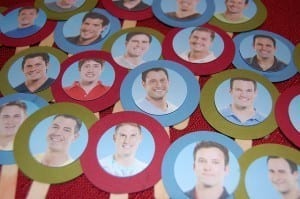 This article does contain spoilers. Read at own risk.

“The Bachelorette” got real last night on part one of the season finale. So if you’re planning on watching it, stop reading before I spoil that fact that one bachelor walked out because he didn’t love bachelorette Desiree Hartstock enough….oops. At least I didn’t tell you that it was Brook Forester.

Well now that the episode is spoiled for you, let me fill in the details. The episode started normally enough. The first two tropical dates with Drew Kenney and Chris Siegfried both went off without a hitch. Both men agreed to spend a night with Desiree in the Fantasy Suite. Then things on “The Bachelorette” took a weird turn.

If you’re a regular viewer of “The Bachelorette,” you know that the third tropical date should follow the second. They shouldn’t jump back to scenes from the hometown date from the week before. So an extended scene from Desiree and Brook’s Utah date was confusing and foreboding.

“The Bachelorette” ramped up the tension (as any good reality show would do) by showing Brook taking to his family about Desiree.

“I love my relationship with Desiree and I keep wondering why it is that I’m not at the stage yet to say to Desiree, ‘I love you.’” he said. “The idea of proposing to her at the end of this makes me really uncomfortable.”

Meanwhile on “The Bachelorette,” Desiree was admitting to falling in love with Brook and seemed to like him more than Drew or Chris.

And things got worse from there.

Brook talked to “The Bachelorette” host, Chris Harrison, about leaving the show before he took Desiree out to the dock to break her heart on national television.

The split was heart-breaking to watch. But Brook wasn’t going to give in.

“I don’t feel like the moments apart are hard enough,” he said.

If that’s enough, Desiree dropped her own bombshell.

“I didn’t want to share my heart, I wanted to give it to you,” she said.

Personally, I completely respect Brook’s decision to leave “The Bachelorette.” Brook is a true class-act. Instead of hearing about another “Bachelorette” break-up, he wanted to give her a chance to be happy. That’s the mark of a true man.

But it may be too late for “The Bachelorette.”
“This throws everything off, having Brooks gone,” Des said. “It breaks my heart. I just can’t love [Drew and Chris] as much as they love me and that’s not what they deserve. Honestly, for me it’s over.”

Find out what happens next week on the final episode of this season’s “The Bachelorette.” It airs on ABC at 8 p.m. ET.