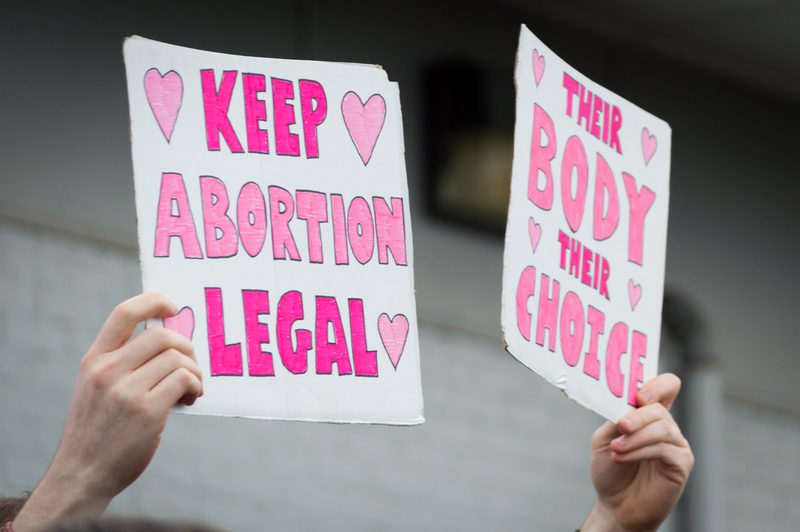 On Friday 24th June, the U.S. Supreme Court overturned the constitutional right to abortion, upending the Roe v. Wade case from approximately half a decade ago. The Supreme Court did this by ruling in favor, by a 6-3 majority vote, to uphold Mississippi’s ban on abortions after 15 weeks.

In the official court opinion, Justice Samuel Alito wrote: “We hold that Roe and Casey must be overruled. The Constitution does not refer to abortion, and no such right is implicitly protected by any constitutional provision, including the one on which the defenders of Roe and Casey now chiefly rely — the Due Process Clause of the Fourteenth Amendment.

It is time to heed the Constitution and return the issue of abortion to the people’s elected representatives.”

As a result, multiple states are now expected to introduce restrictions or ban the procedure again. This is a huge moment in U.S. history and will likely shatter the reproductive rights of American women, removing their constitutional right to privacy that protected access to abortion.

This was a legal case in 1973 which saw the U.S. Supreme Court rule 7-2 that governments lacked the power to prohibit abortions. The case revolved around 25-year-old Norma McCorvey (who took on the name Jane Roe in the case to protect her identity), a woman living in Texas who was pregnant with her third child but claimed that she was raped. She filed the case when pregnant to challenge the abortion laws where she was from as she was unable to access abortion care. On the other side of the argument was Henry Wade, a district attorney for Dallas County defending the laws.

After the U.S District Court for the Northern District of Texas ruled in favor of McCorvey, Texas appealed and in doing so, the case was upgraded to the Supreme Court. In her lawsuit, Roe alleged that the state laws were unconstitutionally vague and abridged her right to personal privacy, protected by the First, Fourth, Fifth, Ninth, and Fourteenth Amendments. The Supreme Court decision was mainly due to the Fourteenth Amendment’s “right to privacy”.

This decision led to significant changes to women’s rights regarding abortions. During the first trimester (first three months) of pregnancy, women now had the right to an abortion. During the second trimester (three to six months), there was some government regulation. During the final trimester (six to nine months), states could restrict or ban abortions, but the case also cemented the idea that women could obtain an abortion even if there was a ban if doctors felt it was necessary to protect her health or save her life.

Due to the decision of the Supreme Court, thirteen have already passed supposed trigger laws that will automatically prohibit abortion following their ruling. Additionally, several others are set to pass new restrictions in due course.

Hundreds of demonstrators from both sides assembled outside the court with some anti-abortion activists joyful in celebration while there was anger and disappointment for the pro-choice supporters. The split in the reaction was also clear throughout social media with millions of people including celebrities expressing their opinions on the decision.

Actor Seth MacFarlane said on Twitter: “Not too long ago, this would have been dystopian sci-fi. But the legacy of the 2016 election and the indelible mark of the GOP is printed here in black and white. How much farther this will go once again depends on American voters. Blame extremism or apathy, but this is America.”

Not too long ago, this would have been dystopian sci-fi. But the legacy of the 2016 election and the indelible mark of the GOP is printed here in black and white. How much farther this will go once again depends on American voters. Blame extremism or apathy, but this is America: pic.twitter.com/WefAworLlW

Singer-songwriter Taylor Swift expressed on Twitter that she’s “absolutely terrified that this is where we are — that after so many decades of people fighting for women’s rights to their bodies, today’s decision has stripped us of that.”

I’m absolutely terrified that this is where we are – that after so many decades of people fighting for women’s rights to their own bodies, today’s decision has stripped us of that. https://t.co/mwK561oxxl

British entrepreneur Richard Branson said: “Overturning Roe v Wade is a devastating decision by the US Supreme Court. This will not reduce abortions, it will just make them unsafe. Reproductive rights are human rights. We must all stand up for choice.”

While Danny DeVito simply put: “Supreme Court my a**”

Many expressed their delight over the decision. Donald Trump said: “Today’s decision, which is the biggest WIN for LIFE in a generation, along with other decisions that have been announced recently, were only made possible because I delivered everything as promised, including nominating and getting three highly respected and strong Constitutionalists confirmed to the United States Supreme Court. These major Victories prove that even though the Radical Left is doing everything in their power to destroy our Country, your Rights are being protected, the Country is being defended, and there is still hope and time to Save America!”

President Biden denounced the celebrations calling them “wrong, extreme and out of touch”.

The decision now places the United States as one of the four nations around the world since 1994 to restrict abortion. It also raises questions about the Supreme Court and has also led to concerns for other rights settled by them.

SEE ALSO: Why “love will make you do crazy things” Should Never be an Excuse