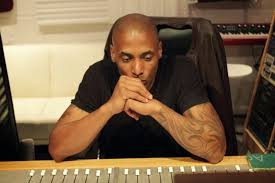 Calling California ‘Home’, Nasson Chance was born in London, England and in that arena, he found himself. It just happened to take a little while before he fully knew of the person that he would become, of the influence that he would one day have. Talent must have come to Nasson at birth because before he was even in the double digits, at the age of Six, Chance began to pick up the skills of fluently playing the Piano. Upon moving to Italy, Chance was admitted to a prestigious school of arts and also began playing cello as well. Yeah, it seems shocking while you listen to his current Genre of music, it evens seems a bit unbelievable that someone whom is such an intense Rap artist, could have ever been in incredible Classical players well. But hey, there is a dispensation to every rule now isn’t there! Currently, Nasson is touring in efforts to promote his newest single ‘That’s Life’ and has plans on being on tour throughout the spring and into the summer.

CN: What made you decide that this was the best possible time for Promotion of this single?

NC: I mean, I just have had the best time creating this single andDJ Chizo has really been pushing me to start promotions so it just seemed like time. And I already had a bit of a following so I decided, Why Not.

CN: You’re right about that. Now, you have quite a following in London and Italy but how did that develop without an Album?

NC: I think that there were people who knew of me through others and then there is, of course, my promotion team that does a great job. Before deciding to go on tour, I was also known in certain circles from various concerts and gigs that I have done.

CN:So after the tour dates, do you plan on building a complete Album? You have some pretty fantastic music circulating around out here.

NC: Everyone has been trying to get me to do an entire album and I might finally get to doing it, we’ll have to see if the timing happens to be right once I’ve gotten off tour.

Not only has Nasson Chance been a vital part of this industry beginning at a young age, he also decided that he had been called to go to the military. –The United States Military- Once that decision had been reached, he left and ended up in Detroit Michigan where he recalls getting himself into trouble, but at the same time, finally growing up.

CN: What made you uproot your life and join the United States Military?

NC: It just seemed like the right thing to do. I really needed to make some changes in my life and decided that was the way to go and music just fell to the backburner.

CN: So, during this time, did you even look to music for personal reasons or did you just stop developing music all together?

NC: Towards the end of my enlistment I started focusing on music again. In fact I recorded a track called ‘Life’s Souljah’ and eventually hooked up with Isaiah Washington. And once he did the drop on that track it blew up because he was on it. It was a great experience.

CN: So, other than Isaiah Washington, do you have any ‘mentors’ that have driven your music?

NC:I don’t have the typical mentors, I guess you could say chizo and Isaiah would be something like mentors.

CN: What about your musical drives and inspirations?

NC: I think that I have been inspired by myself. I try to avoid following the whole stencil thing. I don’t think, no disrespect, but I don’t think that the music these days is any good. A lot of people have been making Hip-Hop look bad. I want more of the Common, Nas, and Biggie; and right now, I like J. Cole, Kendrick Lamar, guys like that.

Chance has had such a lengthy career and it has been full of music that seems to fit into the category of having something solid to say. Throughout our conversation, I got a lot of valid information that seems to place him among a crowd of those whom will be remembered. Between his impressive Classical music background, courageous Military enlistment, and honest lyrics, Nasson Chance is sure to be sought after both within the states and abroad. Continue to follow as the remainder of my questions will be answered. Including, Nasson’s look on love, family and the future! Don’t miss what’s coming next!