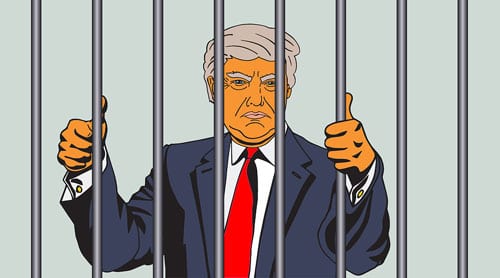 The inquiry into Donald Trump’s’ campaign ties with Russia got into full swing on June 8 when the testimony of James Comey—the former FBI director who Trump famously fired—was heard. Several enlightening details came to the forefront of the session, which smeared Trump’s already questionable name.

During the testimony of James Comey, the defendant claimed that Trump had tried to sink the enquiry around the so-called Russian Scandal that had lingered over the heads of our nation even before Trump managed to lynchpin himself into the Oval Office.

“The FBI is honest, the FBI is strong, and the FBI is and always will be independent.” Comey made this statement early on in his testimonial, stating on more than one occasion, that Trump had tried to barter for his complete loyalty despite Comey explaining to him multiple times that the FBI is first and foremost independent from a sitting president and his staff.

Trump advised that Comey be fired for undermining morale at the FBI. Comey said he was both “confused” and “concerned” about such allegations. Comey very clearly and simply stated, “Those were lies, plain and simple.”

The testimony of James Comey went into detail about his interactions with Trump, describing how the president went to great lengths to get him alone to discuss matters regarding his job, despite the fact that Trump had previously reassured Comey his position was safe.
College News previously covered the news about Comey’s written testimonial here but on this occasion, Comey made clear that he had never had to prepare written reports on meetings with a president before. Why? “I was honestly concerned that he might lie about the nature of our meetings.” We don’t need to go into detail about the times Trump has publically lied to us, he has made that his go-to set piece, but if I say birth certificate… You get the idea.

The testimony of James Comey had some notable moments when Comey himself said that he couldn’t answer questions in an open setting; instead they would be saved for the private investigation that the public would not be privy to. When asked whether he knew or believed that Trump personally colluded with Russia, he could only say “It’s a question I don’t think I should answer in an open setting.” Take from that what you will.

Trump described the Russia investigation to Comey as a “cloud” hanging over him and he wanted the pressure alleviated. Comey said, “I know I was fired because of something about the way I was conducting the Russia investigation was in some way putting pressure on him, in some way irritating him, and he decided to fire me because of that”.  Not only is Trump willing to interfere with an ongoing investigation that is there to protect the American people and their rights (in this case, voter fraud) but he is willing to put his own personal standing before such an investigation. Trump is a man who thrives on being recognized as doing a “good job” and will fight and lie against anyone who tells him he’s doing otherwise. His morality stands firmly on the side of his own standing and he clearly believes in his own power so much that he should be untouchable by the few laws of the country he serves. And that’s the key word here: “serves”—Trump is supposed to work for us. He’s there to work in our best interests. Not his. If Trump genuinely wants to make America Great Again, this investigation needs to proceed with haste, because, truthfully, America can only be greater without Trump and his tiny little hands hanging over every law that gets signed in the name of the American people.

Did you watch the testimony of James Comey? Let College News know!