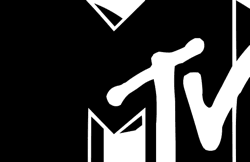 The “Teen Mom” star, Amber Portwood removes herself from mandatory rehab to stay away from drugs

On May 24th, Amber Portwood was jailed on drug and probation violations after taking four to five Suboxone incarceration drugs at a time, to numb the feeling of need for opioids. She failed her urine test and lied about it.

While the purpose of Suboxone is in fact to lessen the urge to take opioids, Amber Portwood said, “I took 30 Suboxone within three days.” The former teen mom would let the drug put her to sleep for extensive periods of time, so as not to feel any desire to take the drug. Amber Portwood almost ultimately committed suicide by taking exaggerated amounts of Suboxone.

Portwood was originally sent to jail for physically abusing her boyfriend at the time of Teen Mom filming, and for past drug abuse. Portwood lost custody of her child with boyfriend, Gary Shirley.

Amber Portwood chose jail over rehabilitation in a court plea, which was accepted by the judge.  Portwood claimed that her time in the program caused feelings of discomfort, and as though she was under a microscope.

Teen Mom star Amber Portwood said, “You know, I was very depressed, all alone, all bitter at everybody. I felt like that wasn’t the life I wanted to live, I felt like I’d rather do my time, and get it over with, and make the best out of the situation that’s been handed to me.”

Portwood has hope for her future, as she plans to completely dispose of her addiction and drug abuse issues, to pursue her high school degree. She hopes her GED will lead to a slew of enriching programs and a job down the line. The former reality star told Good Morning America, “I’m not just going to sit,” adding, ”I’m going to take substance abuse classes. I’m going to get my GED.”

Amber Portwood admitted her spiral down to addiction: “Getting money at a young age, going to parties where drugs were given to you, that’s what really got me… You make your own choices,” Portwood told Good Morning America.