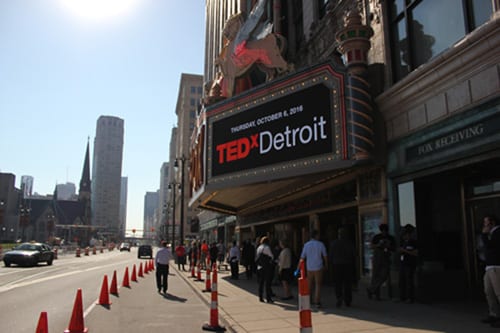 Meet the boss behind #MyGirlSquad, a social media movement that fosters women empowerment

Zimbabwe-born, Detroit based Lungiswa Moore is the creator of the #MyGirlSquad movement, a website dedicated to highlighting amazing women across the globe who embrace their curls. Moore started #MyGirlSquad to foster positive connections for women of color and establish a platform that showcases their stories of struggle, triumphs and sacrifice to achieve goals in the face of adversity. College News spoke with Moore at TEDxDetroit, October 6 2016.

College News: What first inspired you to begin #MyGirlSquad?

CN: Did you expect that it would take off the way that it had?

LM: Honestly, I had no idea. I honestly had no idea how powerful the platform [#MyGirlSquad] was in such a short time for people to gravitate so much to it. It made me realize how bad the issue really was. A lot of women, not just black women, Hispanics, Asian women, women in different parts of the globe have stories that have been told for them and about them. But they have not been able to authentically tell their stories and fully express themselves the way they should. Even just to give them a happy place to say: we’re not all bad, we’re not angry, we’re not sassy, we’re wonderful women and we collaborate, we do amazing things. I had no idea.

It was just something I thought, well you know what, let me try and do something. We always talk about how we want to do something but it’s always best to see the change and do the change yourself. It doesn’t matter if it doesn’t catch on, it doesn’t matter if the majority of the people don’t feel like it’s a necessity. All that matters, is having their story told for somebody else to listen, for somebody else to be educated by or even for a single person to be inspired by it.

CN: How old are your daughters?

LM: My daughter just turned six in July. My second-born is about to be three.

CN: Do you feel that your six year-old takes after you in the sense of wanting to be a leader?

LM: It’s funny that you say that. My daughter is such an amazing soul. She has such a strong sense of perception. It’s things that I do that make her feel like, ‘I can do that too.’ Something as simple as wearing my hair like this, it’s not really accepted [Moore wears her hair wild, with a headband]. It’s almost like a statement to a lot of people. To some people it’s ugly, in some places it’s unprofessional. So for my daughter to see that mom can wear her hair like this and other women can wear their hair like this then it must be okay.

CN: How do you stay involved in your community?

LM: I try to give back to a lot of women entrepreneurs. Specifically women of color, because we already have a hard time in this society. So the more I give them a platform to show that they are entrepreneurs. To show that they’re craftsmen, that they’re designers, that they’re writers, helps me be inspired as well. So giving back to the community by sharing stories of women and promoting them on my site and just taking the beauty out of every single culture, whether it’s from Detroit, whether it’s from Canada or from Mexico—wherever. So I feel like being able to share their triumphs, their goals, their aspirations; it goes a long way.

CN: In what ways do you think bringing the TED initiative to Detroit sparks innovation and engagement?

LM: I’ve always been inspired by TED. Just the amount of ideas and the manifestation of those ideas. There’s a lot of people that are here that woke up with the idea that they are going to try something. To be able to speak to a crowd like this is a huge platform that inspires people. TEDx is an amazing platform that also brings people of different backgrounds together to share that same hungry denominator of innovation. Everybody is here to be inspired and receive information.

CN: How important to do you think it is for students to be involved in this event?

LM: They are the future. Young minds are shaping what Detroit is going to look like.