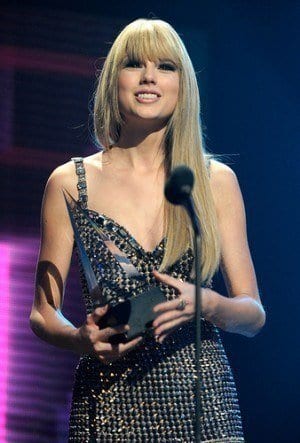 Swift’s campaign for CoverGirl has been pulled for being “too retouched.”

Taylor Swift’s CoverGirl campaign ad has been pulled because of the heavy use of photoshop.

Swift, who is a CoverGirl spokesperson, has been targeted by the National Advertising Division of the Council of Better Business Bureaus Claims.

In one particular ad, the copy promises “2X more volume,” but in smaller print towards the bottom, “lashes enhanced in post production.”

The NAD asked CoverGirl to clear up the claims that it makes in the ad (double the volume, 20 percent lighter than other mascaras.) The parent company, Proctor and Gamble ultimately decided to pull the whole campaign.

A spokesperson for the company said, “Upon receiving the inquiry from the NAD, P&G discontinued the advertisement in question. The NAD has deemed our intervention as accurate and proper. We have always been committed and we continue to be committed, to featuring visuals and claims that accurately represent our products’ benefits.”

NAD director Andrea Levine said, “You can’t use a photograph to demonstrate how a cosmetic will look after it is applied to a woman’s face and then –in the mice type- have a disclosure that says ‘okay, not really.’”

In the U.K., one ad for Rimmel Mascara was banned when it was discovered that the model was wearing fake lashes.

Maybe, 2012 is the year that make-up will come clean with the intense photoshop.
to read more: click here