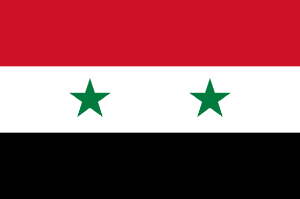 After one of Syria’s deadliest massacres, several countries take action.

When Syrian families and children were killed by shots from close proximity, the country brought the world to a final straw and had Syrian diplomats expelled by governments all over.

The Telegraph reports that Rupert Colville, a spokesperson for the UN refugee angency, UNHCR, said, “At this point it looks like entire families were shot in their houses.”

Hillary Clinton, Secretary of State, also commented: “The United States will work with the international community to intensify our pressure on Assad and his cronies, whose rule by murder and fear must come to an end,” she said.

The United States, Britain, Canada, Australia and Germany, among many other countries, had their Syrian diplomats expelled Tuesday. Even some of the most senior diplomats were ousted.

New French President Francois Hollande will continue to take action in efforts against Syria, and he joins in having Syrian diplomats expelled as former President Nicolas Sarkozy would have done.

The efforts for stricter sanctions against Syria succeeded one of the deadliest events throughout this long revolution against Syrian President Bashar Assad, according to the Associated Press. The beginning to this chain of events was in fact getting Syrian diplomats expelled. The event occurred in Houla, which houses farming villages. About 10,000 lives were wasted by the shootings.

Colville claimed that analyses of the event show that fewer than 20 of the Taldou victims were killed by artillery or tank fire. Taldou is a farming village near Houla. Colville continued, “Most of the rest of the victims in Taldou were summarily executed in two separate incidents,” as reported by BBC.

“This is the most effective way we’ve got of sending a message of revulsion of what has happened in Syria,” Australian Foreign Minister Bob Carr said in Canberra of having Syrian diplomats expelled worldwide.

The European Union and the Arab League work toward transforming something in the Syrian government since the explosive event.