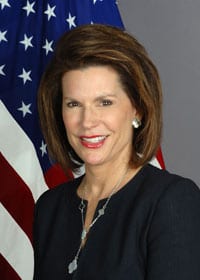 After a national uproar, the Komen Foundation has changed their mind about their decision on Planned Parenthood.

The Susan G. Komen for the Cure Foundation has reversed their decision to cut off funding for Planned Parenthood.
Earlier this week, we mentioned Komen’s decision, and there was much backlash against the organization about it.

President and founder Nancy Brinker released in a statement, “We want to apologize to the American public for recent decisions that cast doubt upon our commitment to our mission of saving women’s lives. We have been distressed at the presumption that the changes made to our funding criteria were done for political reasons or to specifically penalize Planned Parenthood. They were not.”

She added, “Our original desire was to fulfill our fiduciary duty to our donors by not funding grant applications made by organizations under investigation.”

The President of Planned Parenthood Cecile Richards was pleased with the change in decision, stating, “In recent weeks, the treasured relationship between the Susan G. Komen for the Cure Foundation and Planned Parenthood has been challenged, and we are now heartened that we can continue to work in partnership toward our shared commitment to breast health for the most underserved women.”

The controversy has given Planned Parenthood needed support from all over the country.