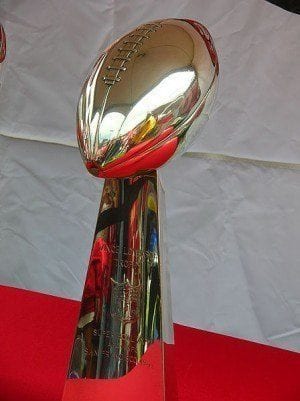 Playing in the stadium that his brother Peyton built, Eli and the Giants left everything on the field. Though, it may have been the Patriots consistent errors that ultimately cost them the game.

Wes Walker’s dropped pass at the 20-yard line forced the Patriots to punt the ball with only four minutes left in the quarter, giving the Giants a chance to make up the two-point deficit.

“It comes to the biggest moment of my life, and [I] don’t come up with it,” said a red-eyed Welker. “It’s one of those plays I’ve made a thousand times,” reports ABC news.

However, where Walker dropped the ball, no pun intended, the Giants Mario Manningham snagged a 38-yard pass on the sideline with two defensive backs right on his heels.  Manningham’s catch was one that will surely play on highlight reels for years to come.

Brady, despite loosing, showed last night that he and the Patriots deserved to play in Super Bowl XLVI. The 34-year-old quarterback looked as if he were channeling Joe Montana, given how calm he was able to stay in the pocket, and his 97-yard drive last night to score was the longest ever in Super Bowl history.

Manning looked right at home at the end of the night with the Vince Lombardi trophy in his hands, and like any good captain graciously accepted the MVP award, thanking the rest of the Giants.