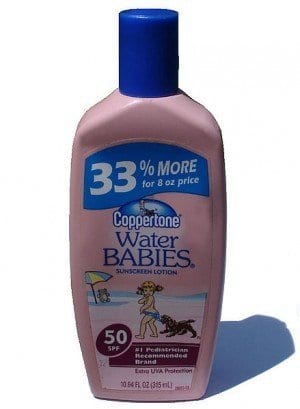 Just how cautious can people be?

People are gearing up for summer while stripping down to their bathing suits and lathering on what could cause skin cancer. While people think they are being cautious of the sun’s rays, a new study shows that they could be increasing their risk for skin cancer.

Dr. Yinfa Ma, professor of chemistry at Missouri University of Science and Technology, and his graduate student Qingbo Yang found that the zinc oxide in sunscreen when exposed to ultraviolet A rays destroys a majority of lung cells after an extended period of being in the sun.

The Food and Drug Administration said, “To date, there are no clinical studies demonstrating that use of any sunscreen alone can prevent skin cancer.”

And now the FDA requires that sunscreen bottles are labeled with a disclaimer reading, “”Skin Cancer/Skin Aging Alert: Spending time in the sun increases your risk of skin cancer and early skin aging. This product has been shown only to help prevent sunburn, not skin cancer or early skin aging.”

“These are very preliminary studies,” said Ma. In other words, he advises not to dispose of sunscreen just yet.

Instead of just using sunscreen, health experts advise the use of hats and staying in the shade as well as lathering on the liquid armor.

Skin cancer is a common ailment and one that affects one in five people in the United States, according to The Skin Cancer Foundation. But if caught early, skin cancer can be treated.

A new study done by Sigrun Alba Johannesdottir of Aarhus University Hospital in Denmark suggests that taking nonsteroidal anti-inflammatory drugs (NSAIDs) is a prevention to skin cancer. Alba’s study found that people who refilled NSAID, or ibuprofin, prescriptions from 1991 to 2009 are 15 percent less likely to develop skin cancer, and they 13 percent less likely to develop melanoma than those who only refilled twice or less.

Joshua Zeichner, MD., is a dermatologist at Mount Sinai Medical Center in New York City. Zeichner said, “NSAIDs help lower inflammation in the body and reduce expression of -2, an enzyme involved in growth of cancers.”

However, Zeichner strongly advises not to depend on NSAIDs to block the sun’s danger. Rather, he advocates common rule of covering up.