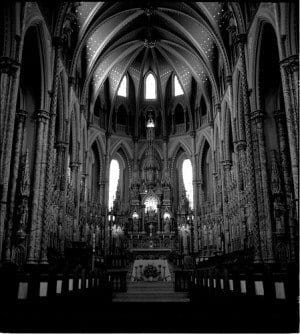 A suicide at the Notre Dame Cathedral in Paris on Tuesday led to the evacuation of 1,500 visitors. A man placed a note on the altar and then, without warning, shot himself in the head.

The man who committed the suicide at the Notre Dame Cathedral was Dominique Venner. At age 78, he is a well-known historian and far-right activist. He is known in France for his political essays and his former membership in the Secret Army Organization (OAS), which opposed Algerian independence in the 1960s.

Venner was also openly opposed to the same-sex marriage bill that was passed on Saturday, legalizing gay marriage in France. His last blog post on Tuesday contained scathing criticism of the bill.

While the suicide at the cathedral may appear to be politically motivated, the contents of the note Venner left at the altar were not disclosed.

An evacuation of this magnitude is rare for the Notre Dame Cathedral, which is one of France’s most popular landmarks, attracting more than 13 million visitors a year. The landmark is currently celebrating its 850th year.

This suicide comes right on the heels of a suicide that occurred last week, when a man shot himself in front of young children at a school in central Paris.