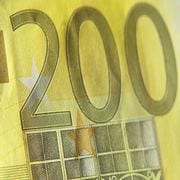 Study abroad costs may raise when university officials are given perks

The number of American students who participate in a study abroad program has increased almost 150 percent in the last decade. There are several companies and nonprofit organizations which organize study abroad trips for under graduate college students. The competition among these companies has become fierce. According to the New York Times, these companies offer college and university officials free and/or reduced cost trips overseas, free membership to various advisory boards, money to promote study abroad programs and even commission on student-paid fees.

One nonprofit company offers universities up to $500 per student if the university agrees to exclusivity with their study abroad agents. Many of the perks offered for study abroad programs are the same perks discovered in an investigation into student loan companies. But such perks xcould be affecting study abroad costs for students.

Critics of this system argue that these perks are what raise study abroad costs and effectively block low income students from participating. It is considerably less expensive for a student to simply enroll in a foreign university. To prevent students from doing this, many universities refuse to accept foreign credits unless it is through one of their study abroad programs.

University officials and study abroad agents argue that these companies offer programs which students couldn’t get otherwise. They offer trips to places in the world which are not easily accessible. They also provide tours, social networking and help in case of emergencies. They protect universities from liability and provide security to their students. There are currently no regulations to dictate or monitor the perks provided or how those perks affect study abroad costs. There is a “voluntary code of ethics” which states gifts or perks should have “nominal value “ and are not “intended to influence professional decisions.”