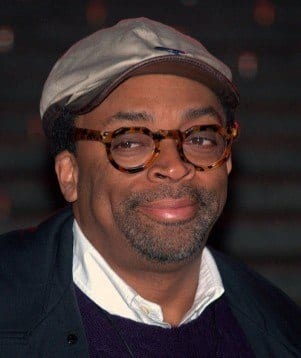 His retweet of horribly wrong information has confused Trayvon Martin’s killer with a completely different family.

Spike Lee is apologizing for reckless tweeting after posting an address he thought belonged to George Zimmerman.

Spike Lee retweeted a Florida address he thought belonged to the man who fatally shot unarmed Trayvon Martin. However, the address actually belonged to an elderly couple, the McClains.

Since Spike Lee posted the address, the couple has been harassed with hate mail. Elaine McClaine, 70, and her husband David McClain, 72, told news outlets they are “living in fear.”

Spike Lee certainly wasn’t the first to retweet the address, but he was the most followed person to do so. With 240,000 Twitter followers, Spike Lee quickly became the most viral source of the misinformation.

The McClains hired a law firm and had to move out of their home temporarily as threats of violence against Zimmerman, the real shooter, escalate.

“I deeply apologize to the McClain family for retweeting their address,” Spike Lee tweeted. “It was a mistake. Please leave the McClain’s in peace. Justice in court.”

According to The Smoking Gun, Marcus Davonne Higgins, a 33 year-old Los Angeles man, was the first to post the wrong address. To break it down, The McClains have lived at their address on Edgewater Circle for about 10 years. Although Higgins did not respond to TSG, the site found an old voter record for William George Zimmerman at the same property. That registration dates back to 1995 and is for a 41 year-old man.

William George Zimmerman, as it turns out, is Elaine McClain’s son and has not lived at the Edgewater Circle address for seven years. Although Elaine was previously married to a man by the name of Zimmerman, there is absolutely no relation between the two families.

So, an unfortunate sharing of names in a small Florida town was the first problem. The dissemination of wrong information by a man half a country away was the second. Higgins tweeted “EVERYBODY REPOST THIS” with the wrong man’s name and the wrong family’s address and sent it to Spike Lee, Will Smith, 50 Cent and LeBron James.

Spike Lee was the only one of this group to follow suit and to inadvertently incite mob-like attention on an innocent family.

The McClains’ lawyer had stated that the family was hoping for an apology and a retraction, and that’s what they got.

The “real” George Zimmerman is currently in hiding.