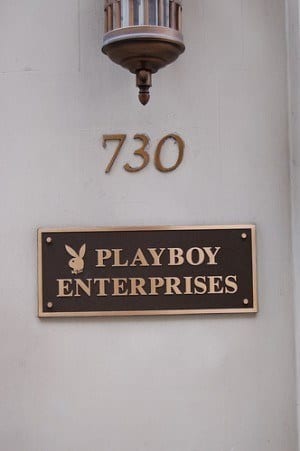 An official date has been set for Playboy’s departure from Chicago to LA.

Though it has been known for some time that Playboy Enterprises would be leaving Chicago, an official date has been set.

According to CBS News Chicago, the headquarters of the company, located now at 680 N. Lake Shore Drive will close on April 30 and relocated over 100 employees to Los Angeles.

Most of the Playboy corporate team is already located in Los Angeles, as this move has been progressing since last year.

A rumor floated around about Playboy keeping some of its offices in Chicago, but with last week’s announcement of Playboy closing the Chicago location completely, those rumors were put to rest.

The company released a statement to The Wrap, “Playboy’s executives have made the difficult decision to close the company’s Chicago office and move its headquarters to Los Angeles. “The company’s roots began in Chicago, and the city will always be connected to the brand’s beginning.”

Playboy was founded in Chicago in 1953 by Hugh Heifer and the first addition was produced in his Hyde Park home. Playboy’s current home in Streeterville have been headquarters since 1989.