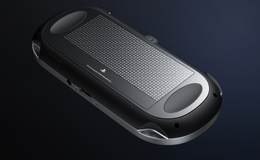 Code-named Next Generation Portable, the new handheld is a technological leap forward

Technology blogs, forums and school kids alike have been crafting their own fantastic visions of the Playstation Portable (PSP) successor. Well, before Sony’s PSPgo was even released. Mockups ranging from pencil drawn disasters to highly believable (and drool-worthy) artist renderings have tickled our imagination. Predictions of the technology bundled inside Sony’s newest handheld have been equally entertaining.

Recently, several reputable (but anonymous) sources from inside the industry have claimed the PSP2 would rival the Playstation 3 in graphical prowess and give developers the means to provide gamers with a seamless transition between portable and home versions of the same game. Would it boast touch and motion sensitive controls? Would it trump the iPhone and 3DS under the hood?

After several agonizing months of rumors, speculation and daydreaming, Sony has pulled back the curtain on the highly anticipated PSP2 handheld system, now sporting the codename NGP (Next Generation Portable). During a lengthy press conference attended by members of the global press, the company finally put rumors to rest. Sony’s next handheld system represents a massive technological leap forward. Without further delay, here are the initial tech specs and first official images: