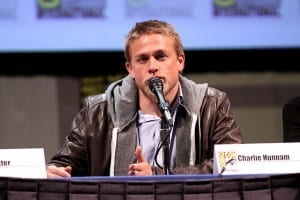 Rumors of a Sons of Anarchy prequel film starring Charlie Hunnam and Brad Pitt went viral, leading to excitement among SOA fans only to be let down after rumors were confirmed to be the product of a satirical news site, thus making the news false.

After the unfortunate season finale on Dec. 9, news of a prequel film went viral when an Empire News article cited a quote from creator Kurt Sutter who allegedly reported that a movie would begin being filmed in 2015 with an anticipated late 2016 release date to follow the conclusion of the series.

According to the article, the prequel film was reported to document the life of Jax Teller from birth to the first SOA episode revolving around the biker drama that kicked off the series back in 2008.

The fictional Empire News article quoted Sutter allegedly saying, “People absolutely loved the show, as did I, and I have put a lot of thought into the matter, and we are going forward with turning it into a feature film.”

SOA fans near and far shared the article more than 435,000 following the post that has since been flagged as a satirical news source, denying the rumors that there will be a prequel film.

Although fans’ hopes for a prequel film have fallen slain since rumors were put to rest, one thing is certain. If any expansion on the Sons of Anarchy story can occur, then it will.

Previous ArticleInterview: G-Eazy Opens Up About His Inevitable Success As A RapperNext ArticleMartina McBride Inks Record Deal With Nash Icon