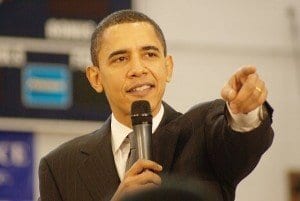 Social Darwinism may be making a comeback, according to President Obama.

The plan, which has been enthusiastically endorsed by Republican hopeful Mitt Romney, would save millionaires at least $150,000 a year in taxes while gutting Medicaid, Medicare, Food Stamps, transportation, child nutrition, college aid and almost everything else average and lower-income Americans depend on.

Obama said that the plan completely counters the United States’ traditional promise of a path for upward mobility for the middle class.

Social Darwinism was the a doctrine for the conservative during the late 19th century, a term coined to depict survival of the fittest as applied to societies as a whole.

President Obama is clearly digressing from his 2008 campaign pledge to instill a spirit of bipartisanship in Washington. Obama argued that the Republicans have shifted so far to the right on the political spectrum that they are completely out of touch with the majority of the public.

“You would think that after the results of this experiment in trickle-down economics, after the results were made painfully clear, that the proponents of this theory might show some humility, might moderate their views a bit,” Obama said. “But that’s exactly the opposite of what they’ve done. Instead of moderating their views even slightly, the Republicans running Congress right now have doubled down.”

Obama ended his speech with a call for a shared sense of responsibility “isn’t a partisan feeling. This isn’t a Democratic or Republican idea. It’s patriotism.”