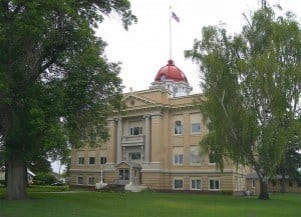 What does this mean for the two men on trial for her kidnapping?

Authorities believe they found the body of Sherry Arnold, the Montana school teacher that has been missing for three months, in northwest North Dakota.

“While a positive identification has not been made at this time, it is believed the remains are those of Sherry Arnold,” said Debbie Dujanovic Bertram, a spokeswoman for the Salt Lake City Division of the FBI.
Two men, Michael Keith Spell, 22, and Lester Van Waters Jr, 47, from Parachute Colorado are suspected of kidnapping and killing Sherry Arnold. The two plead not guilty to one count each of aggravated kidnapping, that charge alone has the potential result in the death penalty. The two are being held on $2.5 million bail each.

Sherry Arnold was a math teacher at Sidney High School. She grew up on a ranch outside the city of 5,000. Sherry Arnold’s father, Ron Whited, met with authorities Wednesday and released a statement, “Whatever there is to say, the law enforcement and FBI have to say it.” The mayor of Sidney, Bret Smelser, also released a statement saying that if the body that was discovered is in fact Sherry Arnold, the town will have “the closure that we needed.

Sherry Arnold went missing on Jan. Hundreds of townspeople and volunteers went searching for the 43-year old but to no avail. “It’s been tough for the family and the community,” Smelser said. “Hopefully the family will have some final closure and be able to put the body to rest.”

Additional charges against Waters and Spell might be filed pending a positive ID of Sherry Arnold. The two men could now be facing federal charges, if the body Sherry Arnold was in fact transported over state lines.