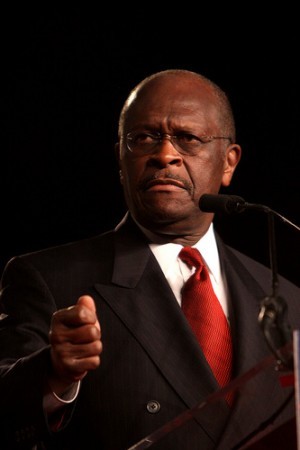 Since coming forward with allegations of sexual harassment, Sharon Bialek has been the center of attention in the political realm.

CBS reports that presidential hopeful Herman Cain has responded to Bialek’s claims by sending out an email to supporters ahead of his press conference scheduled for Tuesday.

“The fact is that Ms. Bialek has had a long and troubled history, from the courts to personal finances – which may help explain why she has come forward 14 years after an alleged incident with Mr. Cain, powered by celebrity attorney and long term Democrat donor Gloria Allred,” the email says.

On Monday, Bialek told reporters that, in 1997, Cain put his hand under her skirt and pushed her head toward his crotch. Cain’s campaign calls the allegations “patently false.”

In an effort to discredit Bialek, the email lists six specific civil lawsuits in which Bialek was a defendant, in addition to citing a report saying that Bialek was sued over a paternity matter in 1999. The email also argues that Bialek has filed for bankruptcy twice and worked for nine employers over the last 17 years.

“The questions should be – who is financing her legal team, have any media agreed to pay for her story, and has she been offered employment for taking these actions?”