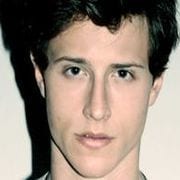 Shane Harper broke out onto the scene last summer with his infectious “Dance With Me.” What has he been doing between then and now? Working on his self-titled debut and touring with Cody Simpson and Greyson Chance!
Now, Harper is ready to wow fans with his new single “One Step Closer” and to hit the road with “iCarly” and “Drake & Josh” star Miranda Cosgrove.

If you detect a certain Jason Mraz vibe in Harper’s latest single, you’re not wrong. Harper names Mraz’s “Waiting for My Rocket to Come” as one of his top 10 favorite albums. What are the other nine? Check out the complete list below in this College News exclusive!

#10. One Republic – “Dreaming Out Loud”
Some pretty classic choices from this 18-year-old!