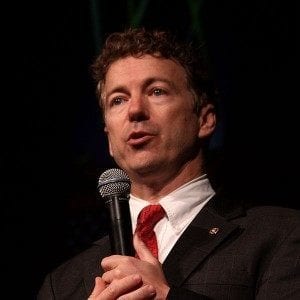 Sen. Rand Paul refused a pat-down by TSA agents at the Nashville Airport and has ended up in local law enforcement custody.

The Daily Caller reports that an anamoly was found when Paul submitted to the body scan. The anamoly on his knee triggered an alarm. Paul refused to submit to a pat-down and was then denied access to the secure gate area. Paul was “escorted out of the screening area by local law enforcement,” according to the TSA.

Paul has long been an opponent of the TSA’s pat-down tactics.

“I think you ought to get rid of the random pat-downs,” Paul said in June 2011. “The American public is unhappy with them, they’re unhappy with the invasiveness of them.”

The situation is ongoing.