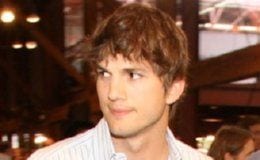 Leal goes into details about her affair with Kutcher

Sara Leal is claiming to have had an affair with Ashton Kutcher on his sixth wedding anniversary, according to ABC News.

Leal, 22, claims that the affair occurred on September 24 at the Hard Rock Hotel in San Diego.

She speaks of him, being tender and gentleman like, as the “Two and Half Men” star inquired about her life in Texas and her political beliefs.

Those close to her have described her as the type to not seek after celebrities, but merely as party girl type. However, reports of Kutcher’s hotel room include a 25-person party filled with unprotected sex and sexual encounters in hot tubs.

Leal claims that Kutcher assured her that he and Demi Moore were separated and that [their encounter] “felt natural.”

Though Leal’s friends were bragging about the wild night with Kutcher, Leal’s life has changed because of it. She lost her job when the rumors surfaced.

Lea’s lawyer and reps from both Kutcher and Moore’s camps have declined to comment on the situation.