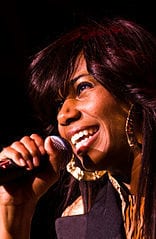 New music from Jack White and Santigold comes out this week.

Now I know some you reading this were salivating when word came out that Jack White was releasing a solo album.  Blunderbuss is thirteen tracks of some music that was most likely involved psychedelic drugs.  I’m just saying.  Like “Love Interruption”, where White wants love to hurt him.  Badly.  So the far-out trippiness that fans love from The White Stripes, The Raconteurs, and The Dead Weather, then you’ll love this.

Dandy Warhols – This Machine [The End]

Well, well, well.  Here we have the indie rock darlings, the Dandy Warhols.  If you’re looking for songs about alienation and how cool it is to be different, then you’ve come to the right place.  This Machine continues the tradition, with tracks like “Alternative Power to the People” and “Sad Vacation”.  However, the album to more slower paced and somber than their previous efforts.

Santigold is one where I didn’t pay that much attention to.  Not because I didn’t like her stuff, oh no.  It just that there wasn’t anything that’ll make me say “Damn, she’s good!”  One night, a few years ago, a friend sent me a track of Santigold’s cover of “Right Brigade” by Bad Brains.  I was floored by the sheer awesomeness it contained.  With “Master of My Make Believe” you can expect that explosion of energy, from the reggae – influenced “Disparate Youth” to the crazy – ass drumming of “Lights Out”.

This album…man.  The album is the quinessential symbol of New York hip-hop: deep-bassed beats, gritty lyrics, and a sincerity that cannot be imitated no matter how many production techniques P.Diddy can pull out of his ass for one track.  O.C. was part of the collective known as Diggin’ In The Crates Crew (D.I.T.C.), whose members consisted of the late Big L and Fate Joe.  “Angels Sing” got this space-age keyboard stylings over a thumping bass drum that is just sick, sick, sick.  Another stand out track is “The Prusuit” which has some really nice keys and bass guitar work.