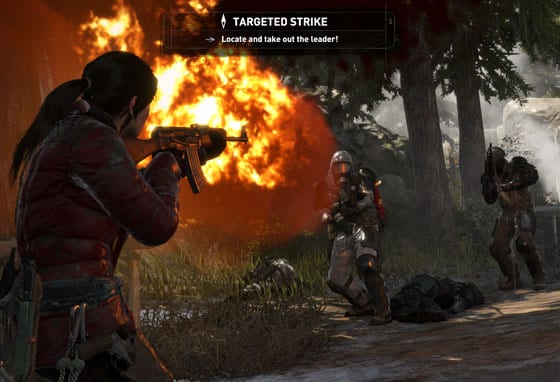 Rise of the Tomb Raider saw the same formula as the rest of the series, but had a game breaking bug

Rise of the Tomb Raider shows that our good friend Lara Croft is at it again, exploring crypts, discovering ancient artifacts, and since re-emerging in 2013, allowing all to experience the Croft Family’s interesting history. With Rise of the Tomb Raider, those dynamics return to deliver an emotional tale where Lara ventures into the mountains of Siberia in order to restore honor to her dead father, who died with the world thinking he was a kook. Unfortunately, some might find that adventure incomplete because, as I found out, there’s a game-breaking bug that renders the game unfinishable.

Before getting to the apex of disappointment, it’s important to explain that Rise of the Tomb Raider is an incredible mashup of adventure, stealth, combat, puzzles, story, and visuals. If you were a fan of Tomb Raider from 2013, you’ll love it this time, too.

A series of flashbacks helps lay the foundation of why Lara is so determined on exploring Siberia and helps establish key characters that will appear or are discussed during your adventure. They’re where you’ll hear of the Shroud, a garment that gives eternal life and the object of Lara’s lust. You’ll also meet Trinity, the antagonist organization that is efforting towards obtaining the Shroud before Lara. Trinity has money and mercenaries at their disposal, making Lara’s job that much more difficult.

The world that Rise of the Tomb Raider lives in complements the story and allows for some fantastic transitions between cutscene and gameplay. Open, snowy environments change to ice-covered caverns and then fade into valleys and rivers. Exploring, via zipline or ice pick, allows for the world to exist horizontally and vertically. Collectibles, side quests, and exotic animals inhabit the world for Lara’s taking and, to discover some of the more useful items, are important to find.

SPOILER WARNING: Below you will read specifics on what lead to the game being unfinishable. Some main story elements will be discussed. The story itself will not be spoiled, but minor surprises will be. SPOILER WARNING.

Up until the game decided to throw a roadblock up, it was one of the more enjoyable times I’d had with a game this year. At one point during the story, you set off to find Jonah, a friend and the one person who seems to have stood by Lara’s side in her quest to find the Shroud. Making your way through the level “Research Base,” you get to a point where you’re moving from tower-to-tower.

After one long jump, you swing across a chasm using one of your tools, then land on a tree branch and swing into a dilapidated wooden shack. As you break through the roof and land on the bottom floor, the path is laid out for you to continue. Jumping from the edge, you’ll grab a handhold, but break that and land on a steel pipe. The pipe swings to one side, Lara clinging on, and deposits you on another steel crossbeam.

From here, you continue on and finally get to your friend, Jonah. The rebel group you’ve allied with is assisting to him while Trinity’s soldiers start moving in. In one of Lara’s moments of “badassery,” she tells the group to “Bar the door.” and walks out to face the soldiers. Here’s where the problem starts.

If you’re one who who likes collectibles and wants to make sure you find them all, know that you’ll find maps showing them in each area. For “Research  Base,” one of these maps is on the tower just before you rescue Jonah. Prior to fending off the Trinity assault, you can rest at one of the many camp fires in the game, which are also used as fast travel points. I had missed two collectibles and decided to get those before continuing on.

Fast traveling to the beginning of the level, I made my way through, picked up the collectibles and finished one of the many Challenges that exist in the game. By the time I found the second, traveling back to a camp fire to fast travel would have taken just as much time as simply walking to the area I had originally left. Here’s the problem.

Remember the dilapidated shack? The game sets a checkpoint immediately as you crash down into it. Unfortunately the steel pipe, the one that swings you to the cross beam, never reset itself. This lead me to being stuck in the shack. I couldn’t move Lara forward because there was nothing to grab onto, but I couldn’t backtrack because each jump prior to that is just high enough to be out of reach.

Lara stuck. Rise of the Tomb Raider is now unfinishable.

You can also read: Being a dictator in Tropico isn’t what it used to be

The issue was reported to the studio in the hopes of a fix, and it was acknowledged and passed on to the development team, but as of the date of this article, nothing has been fixed. The issue itself requires players to do something very specific, but it’s such a common thing to do that there’s no doubt others will hit the same wall I did.

I can’t say the game is disappointing, because the 20 hours I spent playing prior to the issue were incredible. Stealth mixed with all-out combat masterfully and the story is interesting and sprinkles in realism with the supernatural. No, Rise of the Tomb Raider is not disappointing, but if you hit the same issue I did, you’ll be disappointed. Because you won’t be able to finish a game that, up until that point, was satisfying.