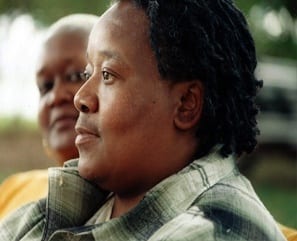 By Ben Jealous and Trabian Shorts

July is National Black Family Month, which is a good time to take a moment to celebrate the role of Black men in their families and in society at large.
Let’s take a moment to reveal Black men to America. Let’s upend the stereotypes and honor what is best about the men who are raising children in our communities and our country.
Tell somebody that according to the U.S. Army, Black men serve this country in uniform at a higher rate than all other men. By that measure, Black men are the most patriotic men in America.
Post on Facebook that according to the U.S. Census, the rate of business creation by Black males has been growing at nearly twice the national average for more than a decade. By that measure, Black men are among the most enterprising men in America.
Share on Twitter that according to the Cultures of Giving Report by the W.K. Kellogg Foundation, Black households continue to give to charity at a higher rate than all other households. By extrapolation, Black men may be among the most generous men in America.
Enlighten somebody that according to the U.S. National Center for Health Statistics, Black men who live with their children are the most likely to bathe, dress, diaper and interact with them daily. Also, Black men who do not live with their children are the most likely to still maintain contact even after remarrying. By these measures, Black men are arguably the most engaged fathers in the country.
Black men may lead the nation in patriotism, entrepreneurship, generosity and parental engagement. But that’s not the story you’ve heard, is it?
Well, you can change that. You can begin to see and tell a more accurate story, one that is fact-based, optimistic and aspires to illuminate Black men’s roles in society as community-builders.
This is not just a wish on our part. More than 100 Black men who head community organizations, called “BMe Leaders,” have agreed to promote a vision of America’s future based upon valuing all members of the human family, recognizing Black men as assets, rejecting narratives that denigrate people, and working together in asset-oriented ways to strengthen communities.
The nation is hungry for a better story about who we are and where we are heading. We should not ignore the problems facing the Black community – but we must stop ignoring our community builders whose actions create safety, knowledge, opportunity and community.
Black men are willing to lead. Are you willing to #ReachWithUs to build more caring and prosperous communities? Get involved at www.bmecommunity.org.
[easy-social-share buttons="facebook,twitter,google,linkedin,stumbleupon,pinterest" counters=0 hide_names="force" fixedwidth="yes" fixedwidth_px="111"]
Previous ArticleDo You Want A Math Whiz Or A Basketball Wunderkind?Next ArticleTransferring schools can be easier than you think