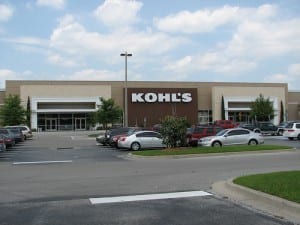 Hiring plans show retailers are confident about the holidays

Major retailers such as Toys R Us and Wal-Mart are in need of extra staff for the upcoming holiday shopping season. Toys R Us announced today that it would be hiring 45,000 temporary employees during the holiday season. That’s approximately 5,000 more workers than the retailer hired back in 2011.

Wal-Mart plans to hire about 50,000 seasonal workers for the holidays which is also higher than the number of employees that were hired last year. Kohl’s and Target are also joining the party and announced their plans for holiday hiring this season.

These holiday jobs not only include temporary and part-time, but full-time as well. In fact, 49 percent will be full-time jobs and half of the employees hired for a seasonal position will be offered a full-time, permanent position.

So what’s causing the rise in the number of employees hired? The number of people being hired is directly related to retailer’s expectations for the holiday shopping season. Extra holiday help accounts for around a quarter of annual retail sales in a typical year.

Some 57 percent of retailers plan on hiring about the same level of seasonal help as last year. However, 36 percent say they will be hiring more workers this year.

According to Craig Rowley, head of Hay Group’s Retail Practice, “Retailers’ holiday sales projections and hiring plans show they are more confident in the economy. Seventy-five percent of retailers expect an increase in holiday sales this year.” Although the unemployment rate is still stubbornly high and the economy still down in the dumps, retailers continue to stay optimistic. Rowley said “They are calm and cool, rather than concerned.”

If you’re in need of a job, don’t waste any time. It has been reported that 57 percent of companies plan on completing the hiring process by the end of October.