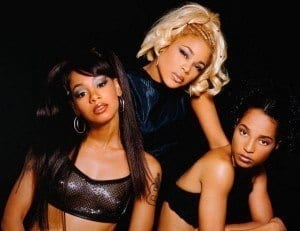 Ten years ago today, April 25, Lisa “Left Eye” Lopes lost her life in a fatal car accident at the age of 30.

Left Eye was working on a documentary of her “spiritual journey” and a headed to herbal healing village, The Usha Resource Institute in Roma, Honduras, when she lost control of her car, veered off the road and flipped over several times. She died on the scene.

Left Eye was the “crazy” one from the “crazy, sexy, cool” trio TLC. The multi-platinum group sold 15.6 million albums in the U.S. and is the second-biggest selling female R&B group of the past 20 years.

The two surviving members of TLC, Tionne “T-Boz” Watkins and Rozonda “Chilli” Thomas don’t think the word “anniversary” is the right word to describe the day. T-Boz said in a statement, “the word anniversary means a celebration. For us her death will never be a celebration, it’s still something that hurts.”

Chilli added that Left Eye “is our sister. You never get over losing a family member. We love her and we miss her and that isn’t ever going to change.”

Yesterday, a previously unreleased song featuring Left Eye began to surface on the web, giving fans yet another way to remember the rapper. The song, Fantasies, was recorded three years before her death for Bootleg, a member of Midwest gangsta rap group the Dayton Family. It was recently released by Block Starz Music, a German label recently acquired by Jay-Z’s Roc Nation with a portion of the proceeds to benefit the Lisa Lopes Foundation.

This year also marks the 20th anniversary for TLC. T-Boz and Chilli are planning to highlight the milestone with tour dates, a new album and a biopic about the group that will air on VH1.